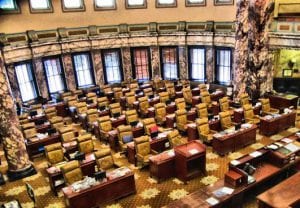 The Senate’s plan would eliminate the 4 percent bracket over four years, leaving only the 5 percent income tax bracket.

The Mississippi Senate has passed their version of a tax cut. While the plan is not a full elimination of the state’s individual income tax, it does offer an immediate reimbursement between $100 and $1,000 for some taxpayers.

The bill, SB 3164, passed by a vote of 40 to 11 with the primary support coming from Republican members. Lt. Governor Delbert Hosemann said the Senate saw a healthy debate on the bill with Democrats and Republicans voting in a bipartisan way on what he called “common sense.”

The plan will phase out the 4 percent income tax bracket over the next four years, cut the sales tax on groceries from 7 percent to 5 percent, and take the state’s portion of the car tag out of the cost to consumers, which equates to roughly $5.

The plan does not raise sales tax or any other excise tax.

Mississippi’s individual income tax makes up nearly $1.8 billion of the $6 billion plus state budget, much of which is federally funded.

The bill was presented by Senator Josh Harkins (R), Chairman of the Finance committee. Harkins said in total the recurring revenue loss will come to roughly $316 million for the phase out. When including the rebate, the package is over $440 million out of the state’s budget.

Harkins said the cut takes into consideration the teacher pay raises proposed by both the House and Senate this year, increases in state employee health insurance coverage, increased pay for state employees, and some other expenditures.

“It does not blow the budget. I think that is the important thing to note with this plan,” said Senator Harkins. “We are trying to be fiscally responsible, that we operate with the mantra that we have done since I’ve been in this chamber; that we don’t use one time money for reoccurring expenses.”

Harkins offered an amendment on the bill that would ensure that cities and counties stay whole even with the cut to the sales tax on groceries.

Senator Chris McDaniel (R) spoke out against the bill, saying it was just not enough.

In his remarks, McDaniel broke down the numbers per taxpayer: The phase out comes to about $200 per person, or $50 every year, and a savings of $3-$5 on car tags. The rebate is determined based on 5 percent of the filer’s liability. McDaniel estimated that in order to take advantage of the full $1,000 rebate a person or household would have to make some $400,000 yearly.

“My concern is, this body will never be in a position to eliminate the income tax,” said McDaniel.

Harkins responded that taxes were cut multiple times over the years and this particular legislation was the next phase since the 2016 cut of the 3 percent income tax bracket and franchise tax cut that is currently in year four of ten. If this bill passes it leaves only the 5 percept bracket, where the majority of income is taxed over $10,000.

McDaniel said if inflation continues to grow more income could be generated if there was a complete elimination of the income tax, such as proposed in the House.

“When you take money from the productive part of our society, which is the private sector, you take away their ability to invest, to consume,” said McDaniel. “It’s consumption that keeps the economy moving forward. If you want Mississippi to be successful financially you hive the people more of their money and let them spend it locally.”

“I think it is a prudent, responsible way of taking steps, not overextending yourself and being fiscally responsible,” said Harkins.

The bill will now be transmitted to the House, where they have passed their own tax elimination bill. One piece of legislation will have to be agreed upon; both cannot be sent to the Governor. 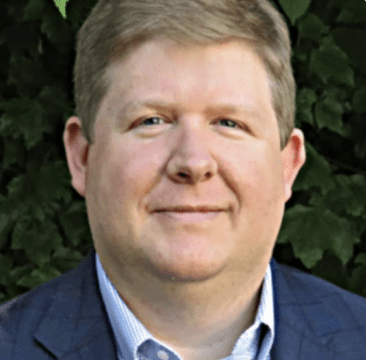