Skip to content
Home
>
News
>
Debate emerging over how COVID19... 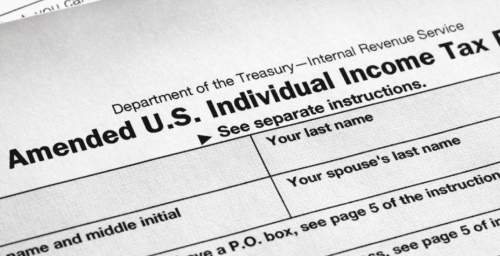 Should tax receipts that would have ordinarily been collected in FY 2020 but due to coronavirus get delayed to after June 30 be counted in FY 2020 or FY 2021 for budget purposes?

That has become a hot topic for legislative budget writers and the state’s chief executive. The clock is steadily winding down on adopting the FY 2021 state budget.

“Had we collected income tax on April 15th, the normal date, instead of collecting in July the next fiscal year, we would be over $100 million ahead of estimate right now,” Commissioner Frierson said on Friday. “But since we didn’t, we’re about $51 million behind the sine die estimate. We would have been ahead of the revised estimate had we collected the income tax.”

Frierson said they thought the state was going to lose $200 million a month for the last quarter of the year but that didn’t happen.

“We only lost $24 million in May and that caused us to be considerably more optimistic about finishing 2020 in a good position,” he added.

As for how the revenue will be accounted for, Frierson views the taxes that would have otherwise been normally paid in FY 2020 to be collected in the new fiscal year as one time monies for FY 2021.

“One thing that’s going to happen in the next fiscal year is that they’re going to collect twice in the same fiscal year because it’s been put off until July 15th,” Frierson said. “They’re (the Legislature) going to get a considerable amount of one time money so they’ve got to be very careful how they use that one time money.”

Lt. Governor Delbert Hosemann took a similar stance in his appearance on the show on Monday, noting that he and Speaker Philip Gunn have already agreed on how the funds should be accounted for.

“One of things we did that I think was right, the Speaker and I worked a long time on this, was to carryover to July the 17th the money from this year’s tax returns,” the Lt. Governor said. “I think 85% percent of you filed your tax returns already. Most of those got refunds. But a lot of the people that owe we put off until July the 15th to match the IRS one, but also that defers income. It puts the income for this year back to next year, and so if we can limp out the next two weeks here of this year, we actually will pick up about $250 million in next year’s budget.

Like Frierson, Hosemann views the 2020 income tax revenue collected after the end of the current fiscal year as one time monies.

“Now that’s one time money that’s been diverted over,” he noted. “But it will help ease the possibility that we have a very large reduction in agency compensation or agency budgets for the year.”

Governor Tate Reeves disagrees with the premise that the 2020 income taxes should be accounted for in FY 2021, stating, “It was 2019 income taxes collected in 2020.”

“The Revenue Commissioner who was just in, Commissioner Frierson, made a decision to delay income tax receipts from their due date of April 15th until July 15th. They did so to conform to with what the federal government did, and that’s something I think that made a lot of sense,” the Governor told Gallo on Friday. “However, whether it was due April the 15th or due July 15th, where I disagree with one of the things that the Commissioner said is that I do not believe that that is next year’s revenue. That is still fiscal year 2020’s revenue and it must be counted in this particular fiscal year. It will be collected during the lapse period of 2020 and so the notion that that hundreds of millions of income taxes should be pushed to into next year so that the Legislature would then have the opportunity to spend one time money on recurring expenses doesn’t make any sense at all, and quite frankly I don’t think that’s what the law says either.”

Governor Reeves says if the Legislature wants to account for the 2019 income taxes in FY 2021, then lawmakers should pass a law to do so.

“I think the best thing to occur is if the Legislature wants to push that money into a different fiscal year they should pass a law to do so,” he stated. “But the current law is very clear in my view that it is 2020 revenue that’s collected during the lapse period and therefore it’s FY 2020 revenue.”

As for how the current fiscal year will shake out given the economic slowdown, Governor Reeves says if these income taxes are accounted for in the 2020 cycle, there should not be a need to draw down funds from the state’s Rainy Day funds.

This is due, in large part, to Mississippi being in the “best financial shape” it has ever been in, according to the Governor.

“The revenues for this fiscal year continue to come in at a level that is not as high as we would like because the last couple of months have obviously taken its toll. But the good news is Mississippi came into this COVID-19 situation in the best financial shape we’ve ever been in and the best fiscal shape we’ve ever been in so we were several hundred million dollars over estimates through the first 8 months of the fiscal year which was through February,” Reeves said.  “And so even though there have been decisions made that have caused revenues to not meet expectations the last couple of months, if you actually dig down into the numbers I’m very optimistic about where we find ourselves.”

Read said allowing individual income tax, filed for 2019 and collected through July 15th, to be used in FY 2021 is the right thing to do.

“What we are trying to do is get out of this year as easy as possible and the roadmap is there to do it,” Rep. Read said. “There is always other ways to do it, but our hope is the economy picks back up. I think we did the right thing.”

Sen. Wiggins echoed his words, adding that this move will allow the state to “land softly” in FY 2021.

“What was projected or what we feared has not come about but when you look at it as to where we thought we would be coming into this Legislative session it is disappointing,” said Sen. Wiggins. “Pushing it off to next year makes all the sense since when they had projected $800 million losses and now by doing that we whittled that down.”

The issue was also discussed by lawmakers at the Joint Budget meeting. You can watch the hearing below. 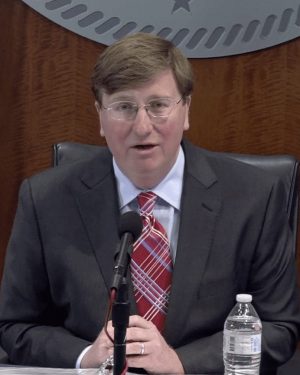