WATCH: Reeves discusses unemployment claims and information for those who need help filing 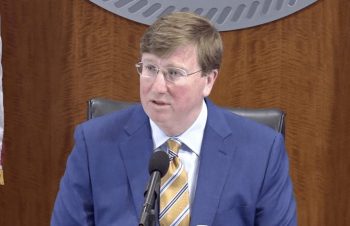 Governor Tate Reeves held a press conference on Thursday to discuss unemployment claims and news for those who need help filing.

One in ten American workers lost their jobs these last few weeks. Mississippi is facing this same crisis—and it is a true crisis for working people.

Last week, 46,000 Mississippians lost their job. It was 37,000 in the two weeks before that. Usually it’s less than 1,000. Many more are trying to get through—this is the tip of the iceberg. That’s more than an 8,000% increase in unemployment claims that the workers at those call centers have handled.

“This is not only a health crisis it is an economic one,” said Reeves.

Today for the second week in a row more than 6 million Americans filed for unemployment insurance. The previous weekly record was 700,000 claims prior to last week. Mississippi has seen an 8,000% increase in new claims.

In Mississippi, Reeves said they’re working to streamline this process in order to get people their money faster. They’ve been working to automate much of the process and add employees to their roster to help answer calls.

“We are working hard everyday and we are going to make it right,” said Reeves. “I want everybody to know that the money will not be based on when you get through the system but when you lost your job.”

Director of the Mississippi Department of Employment Security Jackie Turner was present at the press conference to offer insight on what the department is doing to handle the increase in claims.

“Despite some people having difficulty there are many getting through including the 87,000 individuals who filed their initial claims in the last weeks,” said Turner.

Turner went over things MDES are doing at this time:

There is also included another program that will allow for self employed or those with a faith based entity to receive compensation.

Those who can qualify include:

These individuals must first apply for regular benefits. If they are not eligible they may then be considered for pandemic benefits. These benefits could begin as far back ast January 27 and will continue until the last Saturday of December 2020. The amount is based upon earnings during the previous calendar year.

A third provision, the Federal Pandemic Unemployment Compensation. These dollars would go to regular or non regular employees who qualify to receive an additional $600 weekly. Those payments could begin as early as this weekend. This added bonus would last through the end of July.

Turner reminded folks that unemployment benefits are taxable and said recipients will have the choice to take it out each time a direct deposit is made, or pay at the end at the year. Even after you file your initial claim, you are required to file weekly forms to prove unemployment and draw on benefits.

For more information on all the unemployment benefits covered in the state and under the CARES Act you can visit www.mdes.ms.gov. 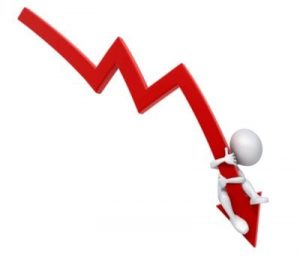 CORDER: Time to Flatten the Economic Impact Curve to Give Hope