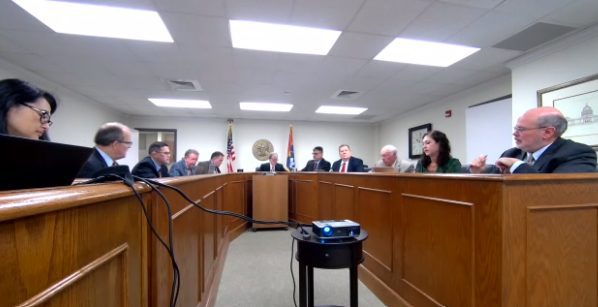 After a media complaint in March, Commissioners debated whether the House Republican Caucus meetings violated the Open Meetings Act. Majority says no.

On Friday, the Mississippi Ethics Commission met for its regular December meeting. On the agenda was the question of whether the Mississippi House Republican Caucus is subject to the Open Meetings Act as it is comprised of a majority, in fact a supermajority, of lawmakers.

The question in this matter was raised in March of this year, first when State Senator Sollie Norwood (D) questioned Speaker Philip Gunn’s use of House Republican Caucus meetings presumably to whip votes on issues. That was then followed by a Mississippi Free Press reporter attempting to remain in a closed GOP Caucus meeting. The reporter was asked to leave the meeting, and he and his outlet subsequently filed a complaint with the Ethics Commission claiming the Caucus violated the Open Meetings Act.

Today, Ethics Commission Executive Director Tom Hood presented his staff recommendation on the matter which stated that the Commission did indeed have the jurisdiction to consider the matter, a point that Speaker Gunn and the House Republican Caucus had questioned in their filings earlier this year in response to the complaint.

Hood also told the Commission that he did not believe the House Republican Caucus was subject to the Open Meetings Act but that the House of Representatives should be found to be a “public body” and as such it should be determined at a future hearing whether lawmakers discussed matters under their authority in a quorum, such as legislation, in violation of the Act.

Hood called the matter “procedurally unusual” as it is a case of first impression for the Ethics Commission, adding that state statute is not explicit in its definition of “public body.” He told Commissioners that in his recommendation he followed the state Supreme Court’s longstanding model that when the law is unclear or in a case of first impression, lean towards openness.

However, as Commissioners debated in the meeting, whether the Open Meetings Act does or does not apply to the Legislature is at the heart of the issue. That fact, as the Commission noted repeatedly, is unclear.

As such, Commissioners carefully parsed words in Mississippi Code Section 25-41-3(a), also known as the Open Meetings Act. That section states:

(a) “Public body” means any executive or administrative board, commission, authority, council, department, agency, bureau or any other policy-making entity, or committee thereof, of the State of Mississippi, or any political subdivision or municipal corporation of the state, whether such entity be created by statute or executive order, which is supported wholly or in part by public funds or expends public funds, and any standing, interim or special committee of the Mississippi Legislature. There shall be exempted from the provisions of this chapter:

(i) The judiciary, including all jury deliberations;

(v) The State Probation and Parole Board;

(ix) License revocation, suspension and disciplinary proceedings held by the Mississippi State Board of Dental Examiners; and

(x) Hearings and meetings of the Board of Tax Appeals and of the hearing officers and the board of review of the Department of Revenue as provided in Section 27-77-15.

After a lengthy discussion on the semantics and intricacies of the wording in the Open Meetings Act, a motion was made to concur with the Executive Director’s full recommendations, but it failed by a 5-3 vote.

A succeeding motion was made that agreed with the staff recommendation which stated that the Ethics Commission does have the jurisdiction to consider the matter and that the House Republican Caucus is not a “public body” and is not subject to the Open Meetings Act.

Yet, a majority of Commissioners disagreed with the staff recommendation on the Legislature itself, determining that the Legislature is not a “public body” as defined by the Open Meetings Act and thus is not subject to its parameters regarding a quorum in MS Code Section 25-41-3, except as specifically stated.

The Commissioners will meet again in the days to come to finalize the language and approve their final ruling on the matter.

Should Judin or the Mississippi Free Press want to challenge this further once the Ethics Commission ruling is published, their next step would be to seek a legal remedy.

HOW WE GOT HERE: A Recap

This saga began on March 4, 2022, when State Senator Sollie Norwood, a Democrat, using the Open Meetings Act as a backdrop and amid a heated session where Senate and House leadership significantly differed on major legislation, namely the elimination of the income tax, asked the Mississippi Ethics Commission if it is lawful for a political caucus that represents a majority in a legislative chamber to exclude from its meetings any member of that chamber when business of the full body is discussed or decided during that caucus meeting. This appeared to be directed at Speaker Gunn’s use of House Republican Caucus meetings, a regular practice that dates back to the state’s earliest days irrespective of the party in power.

Just over an hour later, Ethics Commission Executive Director Tom Hood responded to Norwood’s question, stating that the Commission had no authority to issue advisory opinions about the Open Meetings Act as it does under the Ethics in Government Law. Hood added that such a question would need to be directed to the Attorney General’s office. Senator Norwood later told Y’all Politics that he had no intention of making a request on the matter to the AG.

Then, on March 14, Mississippi Free Press reporter Nick Judin was escorted out of a House Republican Caucus gathering after he attempted to stay in the room when the caucus planned to meet. That rejection of Judin’s attendance was amplified as his outlet and others ran articles on the same day, March 21, a week later. The move was couched as a violation of the Open Meetings Act when such caucus meetings had never been subject to those parameters.

On March 24, Judin filed a complaint with the Ethics Commission stating that “Speaker Philip Gunn and the House Republican Caucus are barring access to the official meetings of a public body engaged in the shaping of public policy in violation of the Open Meetings Act…”

However, Speaker Gunn and the House Republican Caucus disagreed, with both Gunn and the GOP Caucus submitting filings to the Ethics Commission on May 20.

The House Republican Caucus is being represented by Kenna Mansfield and Kelly Simpkins of Wells Marbles & Hurst PLLC.  The caucus filed a motion to dismiss the complaint stating that the Mississippi Constitution commits to the House the decision as to when legislative business should be conducted in closed sessions, adding that the House is provided all rule making authority as to its proceedings.

The House Republicans stated that just like the judiciary, the Ethics Commission lacks the authority to address and decide how the House conducts its legislative business.

Speaker Gunn concurred with the House Republican Caucus’ filings and wrote in his response that the complaints raise nonjusticiable political questions, which Gunn said the Ethics Commission and the courts may not reach without violating the separation of powers between the legislative and judicial branches.

Just as he has maintained throughout this saga, Gunn wrote that the Open Meetings Act does not apply to the Legislature as a whole or to any other group of House members that comprises a majority of members.

Speaker Gunn noted that the Open Meetings Act only applies to the Legislature when it is specifically included in the Act, saying that legislative committees are included in the definition of “public bodies.”  Gunn went on to state that an official meeting of the House is only when members are gathered in a “properly convened session.” 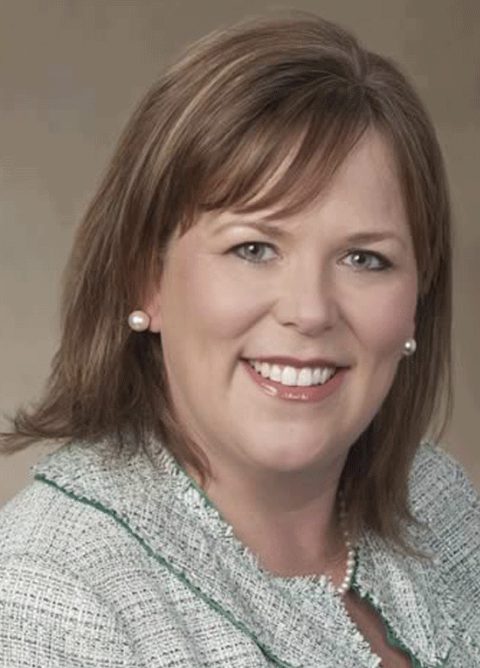 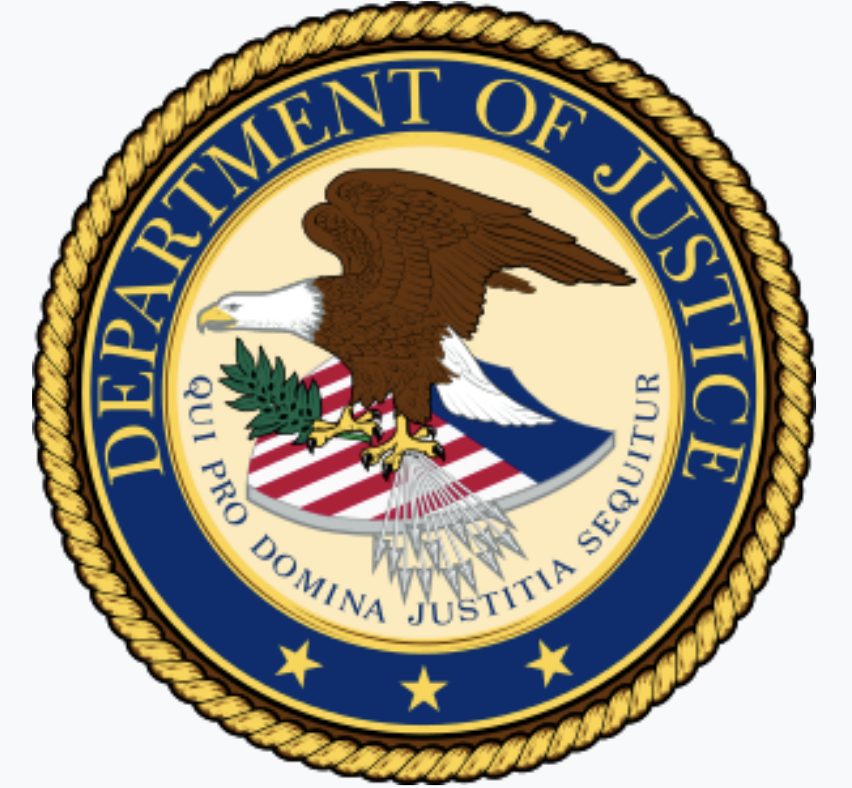