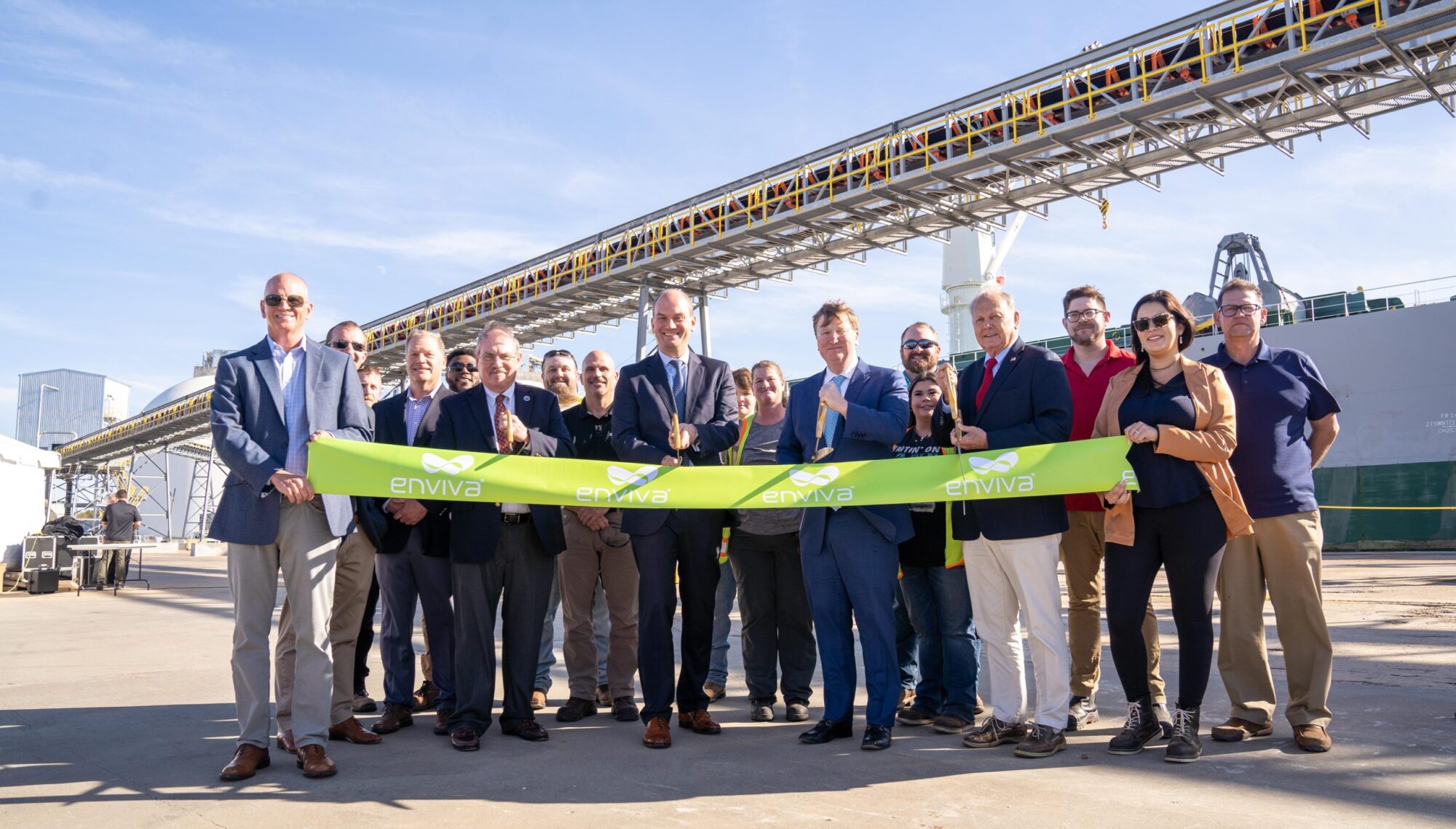 Enviva employs nearly 30 people at the Port of Pascagoula and indirectly supports more than 400 jobs across the Mississippi Coast.

On Wednesday, Enviva Inc. held a ceremonial ribbon cutting at its recently opened marine export terminal at the Port of Pascagoula.  The event, Enviva said, commemorates continued commitment to deliver positive economic impact, growth, and green jobs to Mississippi, as well as the company’s mission to reduce greenhouse gas emissions on a lifecycle basis in power, heat, and heavy industry domestically and abroad.

Enviva owns and operates the deep-water marine terminal in the Bayou Casotte Harbor in Jackson County, Mississippi in partnership with the Jackson County Port Authority.

Since 2019, the Port Authority and Enviva have invested over $90 million to build the terminal at the Port of Pascagoula which can receive product by rail, barge, and truck as well as support Panamax-sized vessels.

According to a release from the company, Enviva plans to export wood pellets, sustainably sourced from local, well-managed working forests, from the now fully operational Port of Pascagoula terminal to power and utility customers across Asia, Europe, and the Caribbean – with a majority of the terminal’s future shipments slated for Japan.

“The future has never looked brighter for green jobs, green investment, and the global need to implement true climate change solutions into international economies and supply chains,” said Thomas Meth, President and Chief Executive Officer of Enviva. “Supplying the global demand for more renewable, dispatchable, alternative energy sources continues to be made possible by the dedicated men and woman in southern Mississippi that transport Enviva’s product reliably and safely around the world. Now operational, we will be regularly sending off ships filled with our sustainably sourced wood pellets made in Mississippi by Mississippians.”

To date, Enviva employs nearly 30 people at the Port of Pascagoula and indirectly supports more than 400 jobs across Jackson, Harrison, and George Counties.

The terminal at the Port of Pascagoula serves as the shipment point for Enviva’s newly formed “Pascagoula Cluster” which includes Enviva’s Lucedale, Mississippi plant as well as Enviva’s forthcoming plants in Epes, Alabama and Bond, Mississippi.

“This new terminal is a win for Pascagoula, our Gulf Coast, and all of Mississippi,” said Governor Tate Reeves. “Its opening not only further strengthens supply chain infrastructure but expands our economic contributions to the global energy market. Congratulations to Enviva on this exciting launch and I look forward to seeing these Mississippi-made products shared with the world.”

Governor @tatereeves is at the Port of Pascagoula today for a ribbon cutting where the Port Authority and @Enviva have invested over $90 million to build the terminal that will export its wood pellets from the Port to customers across the globe. pic.twitter.com/CyNTlXWKHm

Enviva said its sustainably sourced woody biomass is predominately used to accelerate the global energy transition and to de-fossilize power and heat generation; however, modern biomass is increasingly being used as a renewable alternative in hard-to-abate sectors like steel, cement, lime, chemicals, and aviation fuel. Looking ahead, Enviva plans to double its production capacity over the next four to five years, from 6.2 million metric tons per year (MTPY) to approximately 13 million MTPY, further solidifying the Port of Pascagoula as an operational and geographical asset for decades to come. 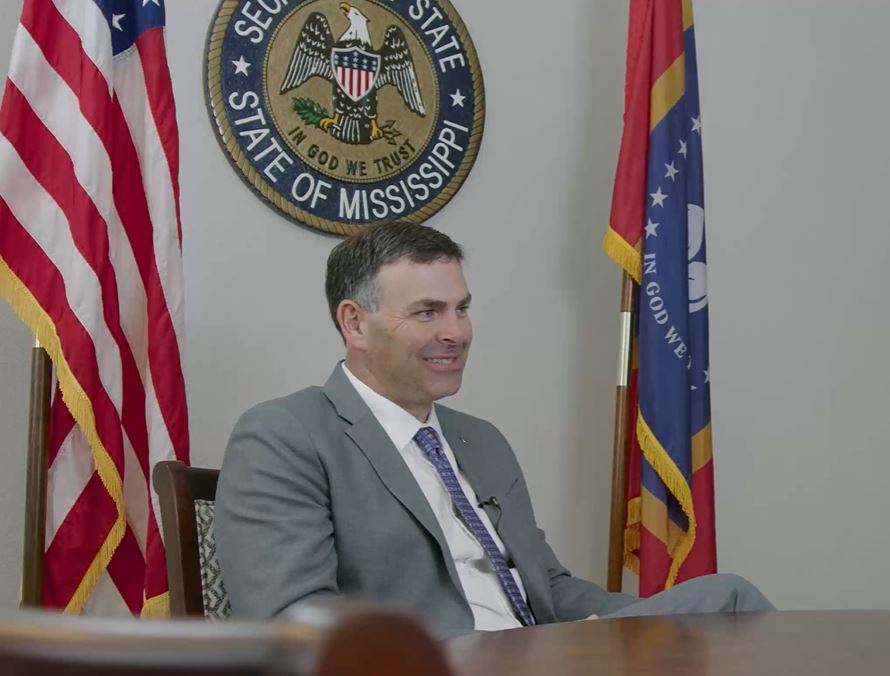 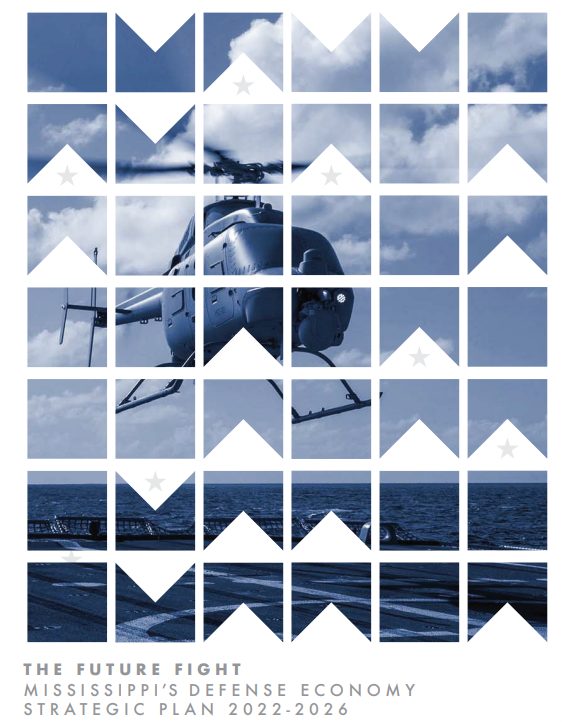