The suit lists 38 defendants in civil action being taken by the Mississippi Department of Human Services.

The Mississippi Department of Human Services has made the decision to pursue civil action against individuals and companies that received money from the department as the result of misused funds by the former Executive Director John Davis, other DHS employees, and Nancy New and her son Zachary New.

“Governor Tate Reeves tasked me with correcting the path of MDHS,” said Bob Anderson,
Executive Director of MDHS. “As part of that process, MDHS has been working hard to restore trust and put in place numerous internal controls to ensure that misspending is not repeated in the future. The rest of the task involves recovering and returning to the taxpayers the millions of dollars in misspent funds which were intended to benefit Mississippi’s needy families. We begin that task today with the filing of this civil complaint.”

The suit lists a significantly larger amount of individuals and organizations that DHS is requesting repayment of funds from than the State Auditor’s original civil demands in 2021.

“When we issued our civil demands related to the DHS scandal last fall and then turned those demands over to the Attorney General’s Office for enforcement, we knew this day would eventually come. I applaud the team filing this suit and am grateful the state is taking another step toward justice for the taxpayers. We will continue to work alongside our federal partners—who have been given access to all our evidence for more than two years—to make sure the case is fully investigated,” said State Auditor Shad White.

In total, the lawsuit is attempting to recover over $90 million in misspent TANF funds, which represents an overlap between defendants. In Table 4 of the civil suit filing, the total amount of funds owed per individual or organization were listed. You can see those items below:

The largest requests were made for MCEC for $19.4 million, Nancy New for $19.4 million, and John Davis for $23.3 million. Some Defendants are considered jointly liable for the amounts listed in the Tables 1, 2 and 3, hence the overlap and increased total.

Lastly, Anderson emphasized that, “This is our initial complaint, as in any civil lawsuit, as
discovery proceeds, we anticipate that additional parties and additional claims may be added or changed as the matter moves forward.”

“Today, we are filing suit on behalf of the people of Mississippi to begin to recoup funds that were improperly used and diverted from their important purpose of helping families in need. This lawsuit is the culmination of hard work over the past year by the Attorney General’s Office, the Office of the State Auditor, the Department of Human Services, and the Governor’s Office. We note that our investigation and analysis of the misspending of Temporary Assistance for Needy Families (TANF) is far from over and this list of defendants and/or the sums we seek to recover may expand or change. We are mindful that criminal investigations and litigation are occurring on the State and Federal level, as well. Our purpose with this suit is to seek justice for the broken trust of the people of Mississippi and recover funds that were misspent. To promote these ends and to ensure the integrity of our litigation and ongoing investigation, we will not comment beyond this on this case.”

You can view the full filing below: 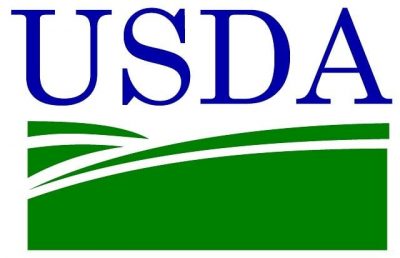