Legislation requires more U.S. production to supplement energy needs of allies, including those stressed by Russian invasion of Ukraine.

On Thursday, President Biden delivered remarks in which he outlined new U.S. sanctions against Russia after it launched a full-scale attack against Ukraine. Biden said that his administration is taking active steps to protect American families and businesses from increases in energy costs in the fallout from Russia’s attack on Ukraine.

“We’re taking active steps to bring down the costs, and American oil and gas companies should not exploit this moment to hike their prices to raise profits,” President Biden said in his speech. “In our sanctions package, we specifically designed to allow energy payments to continue. We are closely monitoring energy supplies for any disruption.”

“Now that Nord Stream 2 sanctions are in place, the U.S. needs to up its game on liquefied natural gas exports,” Senator Wicker said.  “Our European friends should be getting their energy supply from the United States and other allies, not Russian tyrants and kleptocrats.  I am glad to join this effort to fortify NATO against the Russian threat and unlock the enormous potential of America’s bountiful natural resources.”

“American natural gas should be used to reduce Vladimir Putin’s ability to use Russian energy to intimidate our allies, a threat that’s more real today with Russian troops in Ukraine,” Hyde-Smith said.  “This legislation deserves immediate congressional consideration and support from an administration that has otherwise only shown distain for American oil and gas resources as a national security asset.”

The ESCAPE Act would direct the U.S. permanent representative to NATO to work with NATO member states to address energy security for the organization’s members and partners in Europe and Eurasia. It would also authorize mandatory U.S. sanctions on Russian energy pipeline projects, including the Nord Stream 2 pipeline that would carry natural gas from Russia to Germany.

The legislation would call for a comprehensive U.S. government transatlantic energy strategy focused on increasing the energy security of NATO allies and partners, and increasing American energy exports to those countries. It also requires the Secretary of Energy to expedite approvals of natural gas exports to NATO allies, Japan, and any other foreign country where exports of natural gas would promote U.S. national security interests.

The bill has been referred to the Senate Committee on Foreign Relations, and awaits further action.

You can read the full copy of the ESCAPE Act below.

S.819 – Energy Security Cooperation with Allied Partners in Europe Act of 2021 by yallpolitics on Scribd 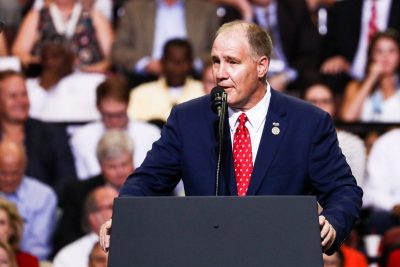