SALTER: Randolph pushing for expansion of intervention courts as an alternative to incarceration

Mississippi Supreme Court Chief Justice Mike Randolph believes that non-violent offenders who find themselves in trouble with the law over drugs, mental health issues or veterans’ issues should have alternatives available to them that eclipse the old “lock them up and throw away the key” variety.

Randolph, a decorated Vietnam combat infantryman, is not “soft” on crime. On the contrary, Randolph has proved quite capable of bringing the judicial hammer down on violent offenders and those who profiteer on the misery of others. He has served on the high court since 2004, when he was appointed by former Gov. Haley Barbour.

But he likewise recognizes the waste of locking people away who are guilty of nothing more than addiction. Along with the waste of lives and human potential, that strategy carries with it a huge cost in terms of taxpayer support for incarceration.

Randolph was blunt in his assessment: “When we send a druggie to Parchman, it’s $18,000 a year. That is what it costs to maintain a person,” Randolph said. “In drug courts, we spend about $1,200 a person per year.”

Since the inception of intervention courts in Mississippi in Fiscal Year 2012 through this year, 6,990 have “graduated” from the program and 590 drug free babies have been born to program participants.

Some 595 participants earned their GED degree, 4,460 found jobs, 540 attended vocational school, and 1,325 earned a drivers license. All those milestones, Randolph said, help program participants progress from restoration of their lives to redemption.

Over the last decade, the chief justice said Mississippi has realized at least $586.2 million in incarceration savings with another projected $33.74 million in the current fiscal year. Randolph said there were an additional $442.5 million in savings in “societal costs” from drug free infants because of the program.

The jurist said that over the last six years, the program has also generated a total of $17.5 million in fines and fees paid by program participants. Randolph said intervention courts have a recidivism rate of 3.5 % compared to the Mississippi Department of Corrections FY 2012 recidivism rate of 37.4%.

All 50 states utilize some form of intervention courts. Randolph advocates a stronger legislative commitment to funding mental health and veterans’ intervention courts. “The majority of mental health issues before the courts center on individuals who are off their medications,” said Randolph. “With veterans, the problem often lies in not knowing how or where to access benefits and services.”

Ill-advised “get tough on crime” laws in Mississippi primarily succeeded in getting tough on the taxpayers. Criminologist Derek Cohen said: “Prison is for people we’re scared of, not the people we’re mad at. In other words, prison is for the people that need to be incapacitated while they receive rehabilitation or while they receive their punishment.”

What prison shouldn’t be is an albatross around the necks of the taxpayers who are forced by archaic laws that don’t consider modern technologies to stack and warehouse prisoner in a manner that punishes taxpayers to a greater degree than prisoners.

Chief Justice Randolph’s advocacy is noble from the standpoint of the Christian sensibilities of redemption. But saints and sinners alike recognize the fiscal folly of warehousing people who are more in need of treatment than of punishment. Intervention courts are good public policy from both perspectives. 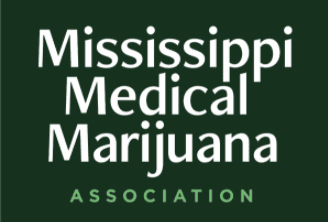 Mississippi medical marijuana convention to be held in May by 3MA