Lessons for both parties go far beyond Virginia and New Jersey

When a Republican wins in a reliably Democratic state, it’s big news. That’s exactly what happened in Virginia on Tuesday, where newcomer Glenn Youngkin defeated former governor Terry McAuliffe. Youngkin won even though McAuliffe had a well-oiled political machine and high name recognition, and was campaigning in a state Joe Biden won by 10 points only a year ago.

Yet all those advantages were for naught. The Commonwealth will have a Republican governor for the first time in over a decade. It is likely Republicans will win the other two statewide races as well, for lieutenant governor and attorney general. They could even win the House of Delegates, which had been under firm Democratic control.

For Democrats, fright night stretched beyond Virginia into New Jersey, where as of press time the incumbent Democratic governor, Phil Murphy, is struggling to keep his position. The race is still too close to call, but Republican Jack Ciattarelli is ahead.

Since Democrats easily carried both states in the last presidential and gubernatorial races, these results must send a shiver through the party. The Virginia race was particularly important. To understand its implications for 2022, we need to understand how Youngkin won.

The key was independent voters, especially the suburban voters who rejected Trump in 2020. Youngkin persuaded many of them, as Trump could not. The vote also demonstrates that Virginians are none too pleased with the performance of Democrats, who control both the state and national governments.

McAuliffe’s loss shows his party cannot recapture those disaffected voters by constantly asserting that their every opponent is a Trump wannabe or white supremacist. Instead, what they should do is to break free of their far left and put forward a moderate agenda. And they have to deliver effective results on the ground. Yet so far, national Democrats have delivered only failure: inflation, onerous mandates, empty store shelves, racially divisive school lessons, and a humiliating withdrawal from Afghanistan. Those are fierce headwinds for local candidates.

These failures are mostly self-inflicted. The White House let congressional progressives deny them a vital win by blocking a standalone House vote on the infrastructure bill, which has bipartisan support. That obstruction is led by Senator Bernie Sanders, Representative Pramila Jayapal (chair of the Progressive Caucus), and the Squad (led by Alexandria Ocasio-Cortez), who are followed by another 20 or so reps. They refused to back the infrastructure bill unless they also won approval of a multi-trillion-dollar social spending bill. Speaker Nancy Pelosi sided with the progressives, despite her promises to moderate Democrats to hold a vote in late September.

It was a costly mistake. Both the infrastructure and social spending bills are now stuck, and so are the Democrats. Since they control both the legislative and executive branches, voters hold them responsible. And they are not happy. At all.

Amid that discontent, it’s clear that Terry McAuliffe’s campaign made a fundamental mistake by nationalizing the gubernatorial election. Not a good idea when your national brand is tarnished and voters are energized by local issues, such as school curricula.

Republicans can learn from Youngkin’s shrewd strategy. It has wider application. To win in “purple” states and congressional districts, Republican candidates have to show they are independent of Trump without alienating the former president’s large and enthusiastic base. That’s tricky, and Trump makes it trickier because he wants to play a major role in these local races, including primary contests. Doing so keeps him in the headlines, retains his dominant position in the party, and positions him for 2024. Youngkin’s response was to endorse Trump’s policies, repeatedly, without drawing too close to Trump himself. Smart.

Who takes the fall for the Virginia loss? Publicly, the Democrats will say what the losing party says after most defeats: “We had great issues but a bad candidate.” Actually, McAuliffe wasn’t a bad candidate, though he couldn’t generate much enthusiasm, especially among black voters. He was a standard-issue, center-left career politician, with lots of miles on the odometer. He was the last of the old Clinton gang, and it is striking that he didn’t invite Bill or Hillary to help out. Their absence tells you how unpopular they are, even in Democratic states.

Still, he invited almost every other prominent Democrat to join him on the campaign trail. It’s hard to know their net effect, but the downside is that their presence nationalized the local race just as voters were fleeing the Biden administration.

McAuliffe’s biggest mistake was framing the race as “Terry McAuliffe versus Donald Trump,” which required him to paint Youngkin as a Trumpkin. When he initially adopted that strategy, several months ago, it must have seemed like a good idea. After all, Virginia has become increasingly Democratic, suburban voters didn’t like Trump, and the former president’s active role in the Georgia Senate runoffs had proved a useful foil for Democrats.

Unfortunately for McAuliffe, that strategy turned into a double-barreled mistake. First, Youngkin is a far cry from Trump, and voters knew it. Although Trump endorsed Youngkin, the Virginia Republican managed to keep his distance without alienating the former president’s ardent supporters. Crucially, Youngkin managed to keep Trump and other national Republicans away from Virginia before the election.

For Republicans, the Virginia race sends a powerful message about Trump’s future role. Outside of deep red states, where Republicans are already sure to win, Trump’s prominence poses a serious political risk. Yes, he motivates Republicans, but he also motivates Democrats and alienates many independents.

McAuliffe’s obsession with Trump was costly in two other ways. First, it nationalized the Virginia race just as the national party was plummeting with independent voters. It was those voters who carried Biden to victory. They’ve now turned sharply against him after seeing the dismal results of his presidency. Less than one in three independents supports Biden. Less than 40 percent even think he is competent.

Second, McAuliffe’s focus on Trump left local issues to Youngkin, who grabbed them with gusto. Voters know that governors’ main responsibilities lie in these local matters, such as state taxes, vaccine mandates, and public education. They are especially important this year because parents are furious about schools indoctrinating children in Critical Race Theory and other propaganda. That’s true across the country, and its epicenter is Loudoun County, Virginia.

McAuliffe stepped into this fragrant cow patty by saying that teachers, not parents, should control what children learn. The party elite in Washington poured salt into this self-inflicted wound by endorsing an over-the-top memorandum that linked angry parents to domestic terrorists. That memorandum was written by the National School Board Association in conjunction with the Biden White House and was passed on to the Department of Justice. Attorney General Merrick Garland effectively endorsed it without mentioning “terrorism,” and told U.S. Attorneys around the country to get busy investigating these parents.

It was a grotesque overreach, and Republicans pounced. At a Senate hearing, Republicans directed withering criticism at Garland, who stuck to his untenable position even after the School Board Association apologized. This ongoing controversy hurt McAuliffe because it kept K-12 education on the front page and positioned him and his party against concerned parents. The education/indoctrination issue will continue to hurt Democrats unless they can disentangle themselves from their unpopular positions.

A week, they say, is a long time in politics. By that measure, November 2022 is a very long way away. Still, the outcome in Virginia and the neck-and-neck finish in New Jersey will cast a lingering shadow over the next 52 weeks. For Democrats, that shadow is a scary one. 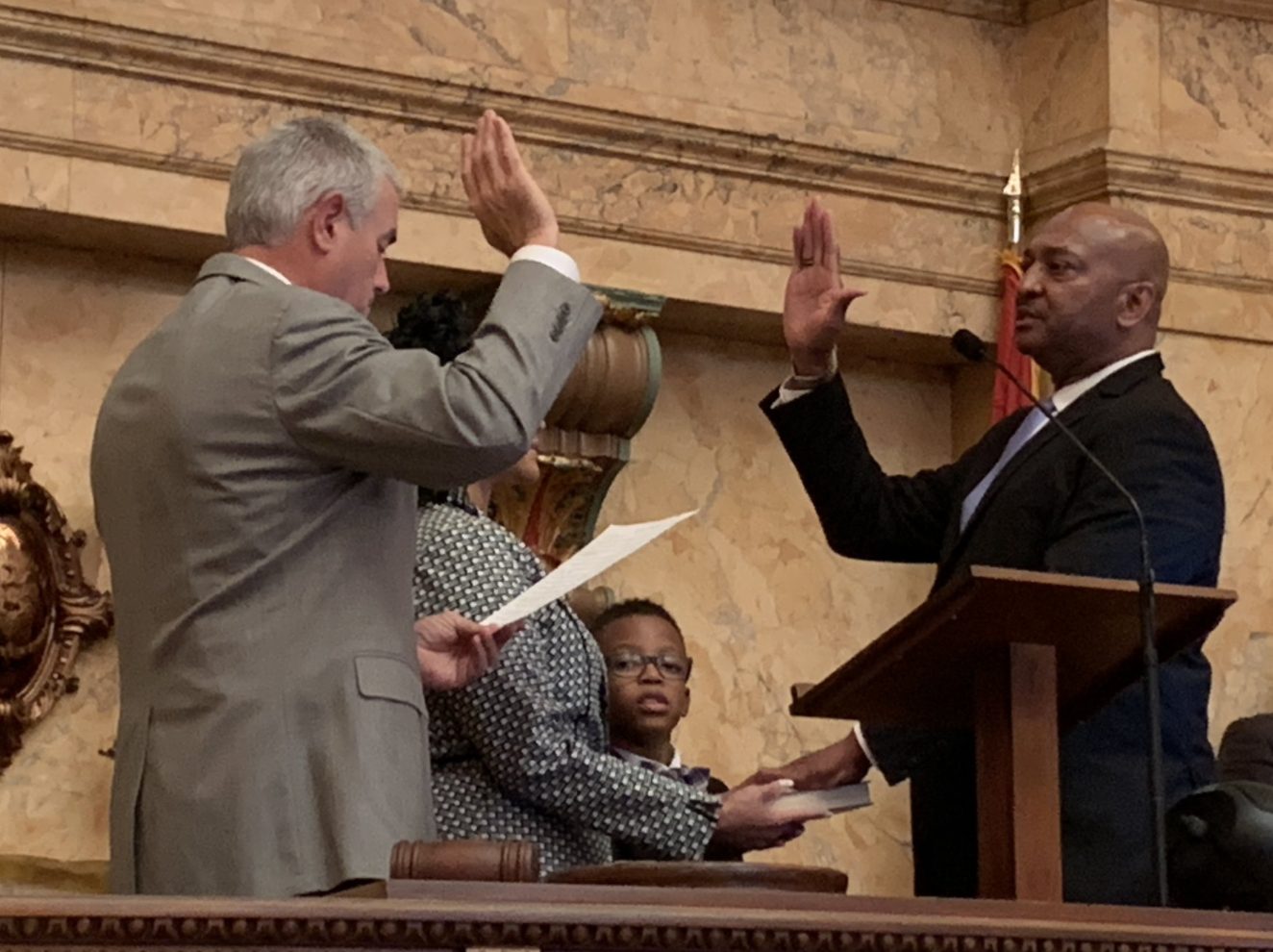