After weeks of encouraging discussions, President Biden walked away from infrastructure talks with a group of six Republicans this past week before setting off on a trip to Europe. As a participant in these discussions from the beginning, I was disappointed by the President’s decision to end our talks. Public attention will now turn to a proposal being floated by a bipartisan group of 10 senators.

Our country is overdue for a large investment in local infrastructure, including roads, bridges, ports, and rail. In Memphis, for example, a structural crack has resulted in the closure of one interstate bridge across the Mississippi River, causing huge traffic pile-ups and forcing travelers to take detours through Lula, Mississippi, and Dyersburg, Tennessee. Communities across the nation are facing similar infrastructure challenges.

Our small group of Republican negotiators, led by Senator Shelley Moore Capito, had shown real willingness to compromise with the President. Our proposal would have provided substantial funding for roads, bridges, ports, and broadband deployment, which would benefit rural communities. This proposal would have been financed through existing trust funds and through repurposing a large portion of coronavirus relief funds that are not scheduled to be used until 2022 and later. Unfortunately, the President continued to insist on tax increases on job creators, extravagant subsidies for green technologies, and a massive expansion of government in health care, which are non-starters for any bipartisan effort.

At the time of this writing, it is unclear what President Biden’s response will be to the new bipartisan proposal. However, I am encouraged by their stated goal of staying within the traditional definition of infrastructure and paying for the plan without relying on increased taxes.

Mississippi to Benefit from Pending Legislation

The President’s withdrawal from talks has not stopped Congress from pressing forward on key infrastructure items through the normal legislative process. The Senate is currently working on legislation to fund critical projects over the next several years, including through a major surface transportation bill. I sit on two of the four committees with jurisdiction over surface transportation, allowing me to work directly on issues that affect Mississippi.

Recently, I voted to advance legislation that will provide a 34 percent increase for roads and bridges through 2026 – resulting in an estimated $3.3 billion for Mississippi. As the ranking Republican on the Commerce Committee, I also recently introduced a transportation bill to increase funding for local construction projects, with a special focus on rural communities. This bill will also triple the funding for passenger and freight rail, providing a critical boost to Gulf Coast Rail when service returns. In addition, I authored parts of a water infrastructure bill that will help improve drinking water and wastewater systems in Mississippi, which recently passed in the Senate. And I have introduced two municipal bond financing bills to help spur private investment in new and existing infrastructure projects. Each of these measures has received bipartisan support and will add real value to our communities.

While Congress is pushing ahead on needed legislation, President Biden remains fixated on priorities that most Americans would not recognize as infrastructure. His current proposal would dramatically expand government’s role in health care and eliminate right-to-work laws, which currently protect workers in 27 states from being forced to join unions. Congress is making good headway on actual infrastructure legislation, such as the transportation bill, but failing to reach agreement on a larger package would be a missed opportunity. 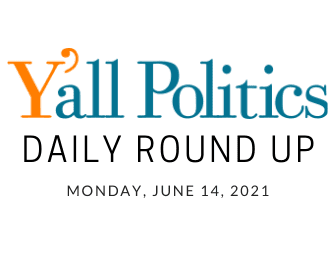