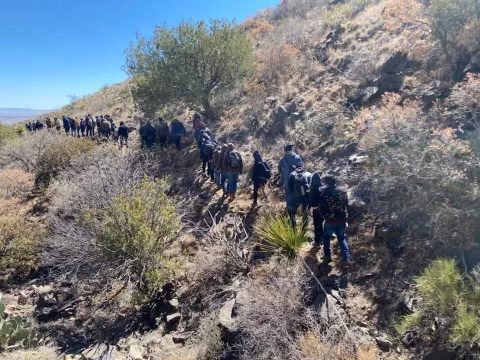 Amidst a crisis at the Southern border that has been exacerbated by the Biden Administration’s reimplementation of the “catch and release” policy that could see 1 million illegal aliens enter the United States by summer, the American Civil Liberties Union (ACLU) of Mississippi has begun a statewide campaign to untangle the relationship between local law enforcement and federal immigration agencies.

The ACLU of Mississippi is calling the social campaign “Unalienable.”  They say their mission is to tell the stories of those affected by state law enforcement’s partnership with the U.S. Immigration and Customs Enforcement (ICE) and advocate to create “a culture and policy landscape that puts public safety and community first.”

“Across the country, Mississippi counties rank amongst the highest in terms of their involvement with ICE, inciting fear across Mississippi’s immigrant communities and introducing a host of public safety hazards at the local level,” the ACLU of Mississippi states in their release.  “Interjurisdictional immigration enforcement dramatically exacerbates discriminatory policing, mass surveillance, public health emergencies, and other aspects of life for Mississippians, both documented and undocumented alike.”

The ACLU says discriminatory policies and practices by local police enforce a system in which these offices represent a pipeline to immigration detention and deportation to the detriment of public safety.  They say legal immigrants and illegal aliens alike avoid getting help when it is needed out of fear.

According to an American Immigration Council report in August 2020, thousands of U.S. citizens in Mississippi live with at least one family member who is undocumented.

The report also notes that Mississippi is home to more than a thousand Deferred Action for Childhood Arrivals (DACA) recipients.

Politico reported over the weekend that in February, more than 11,000 “family units” — nearly 60 percent of the more than 19,000 that were taken into custody at the border — were allowed to stay in the U.S. while they await their court proceedings, according to CBP statistics. As Politico states, that is up from only 38 percent that were allowed to stay, temporarily, in January.

The Biden Administration is attempting to address the crisis at the Southern border by moving the illegal aliens into other areas, working with Democrat “sanctuary cities” and considering flying thousands to border facilities hundreds of miles away near the Canadian border.

Here in Mississippi, the ACLU of Mississippi says in a tweet: “100% of Mississippi counties have policies or practices that facilitate cooperation w/ ICE – inciting fear across immigrant communities and introducing a host of public safety hazards.”

100% of Mississippi counties have policies or practices that facilitate cooperation w/ ICE – inciting fear across immigrant communities and introducing a host of public safety hazards.

Hear their stories in our new campaign, #Unalienable.https://t.co/LumZ83vsgK

What the ACLU of Mississippi misses is that this cooperation is, in fact, state law.

The law was authored, in part, by the current head of the Mississippi Department of Public Safety Commissioner Sean Tindell while he served in the state Senate. Secretary of State Michael Watson was also listed as a co-author as a then-state Senator.

“No state agency, department, political subdivision of this state, county, municipality, university, college, community college or junior college, or any agent, employee or officer thereof shall adopt, or implement a policy, order or ordinance that (a) limits or prohibits any person from communicating or cooperating with federal agencies or officials to verify or report the immigration status of any person; or (b) grants to any person the right to lawful presence or status within the state, a county or municipality, or the campus of a university, college, community college or junior college in violation of state or federal law.

“Any policy, order or ordinance adopted in violation of this act shall be invalid and void from the date of its adoption or enactment and shall have no force or effect.”

The 2017 law meant that a city ordinance in Jackson, the state’s Capital City, that prohibited local police officers from asking for immigration status was no longer allowed.  It also put the City of Jackson in hot water when the Mississippi Justice Institute (MJI) filed a complaint with the Mississippi Ethics Commission that claimed the City was illegally destroying ICE detainers.

“Jackson blatantly violates the law by throwing ICE detainers in the trash can,” said then-MJI Director and now Mississippi State Auditor Shad White. “When MJI asked the City of Jackson what they did with ICE detainers, the City said they do not keep or maintain those records.”

ICE detainers are letters the federal government sends to local law enforcement when ICE believes local police have arrested someone who is in the country illegally. ICE detainers ask local police to hold those suspects until ICE can take custody of the illegal immigrant.

The ACLU of Mississippi’s “Unalienable” campaign would seek to not have Mississippi’s law enforcement cooperate as closely with ICE as prescribed and required in state law.

They say local and federal agencies are collecting individuals’ personal information under the guise of national security “with little to no oversight nor accountability.”  The ACLU also claims that the “trauma of aggressive immigration enforcement continues to tangibly impact immigrants’ access to sensitive locations, regardless of ICE and DHS policies suggesting otherwise.” 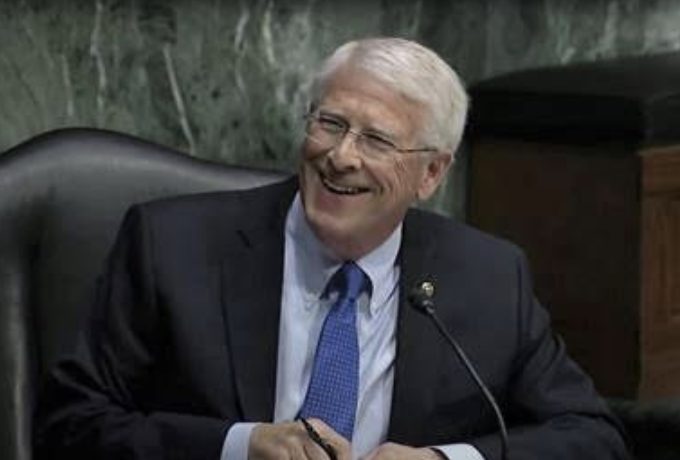 Auditor Works with Legislature to Increase Penalties for Fraud and Embezzlement