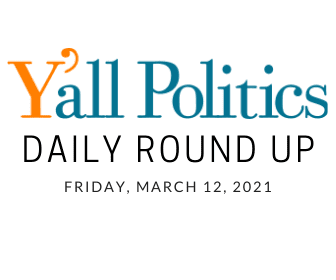 The Mississippi Fairness Act, SB 2536, bars biological men from competing in women and girls’ sports public schools and universities in the state.  It was authored by State Senator Angela Hill and moved through the House with the aid of State Representative Becky Currie, among others.

Governor Reeves called the signing of the Fairness Act an important day for women and girls in Mississippi.

Mississippi high school students achieved a record-breaking graduation rate of 87.7% in 2019-20, surpassing the most recent national rate of 85%.

School- and district-level graduation rates can be found in the Mississippi Department of Education (MDE) report released today, District Graduation and Dropout Rates for the 2021 Accountability System…

…The 2019-20 graduation report supports the significant academic gains Mississippi students have been making since the state fully implemented higher academic standards in 2014.

“For decades, I’ve worked with state legislators to eliminate the tax that is the single greatest threat to state economic growth and prosperity—the income tax,” said Dr. Laffer. “My hat goes off to Mississippi Speaker of the House Philip Gunn and his colleagues for their bold plan to make Mississippi more prosperous through income tax elimination and fiscal discipline. America is watching. Mississippi has a once in a generation opportunity to re-position itself for economic growth.”

“I am excited to host the first-ever Mississippi Mudbug Festival right here in Jackson,” said Commissioner Gipson. “This event will include a large crawfish boil, musical performances and over 20 carnival rides. All events will take place across the 105-acre Fairgrounds complex, and I want to invite the public to come out with their families and enjoy some good, Southern-style crawfish at this open-air, outdoor event.”

Today MSDH is reporting 679 more cases of COVID-19 in Mississippi, 19 deaths, and 47 ongoing outbreaks in long-term care facilities. The total of #covid19 cases for the year is now 299,124, with 6,864 deaths. Case details and prevention guidance at https://t.co/YCv9xPQkuS pic.twitter.com/uyP5hmEKo1

YP – CORDER: Let’s play “what if” on Jackson’s water crisis

The City of Jackson is truly in crisis – for more reasons than just water – and the national media has started to take notice.

The Mississippi National Guard has been ordered to assist in water delivery.  Nonprofit groups have stepped up to help residents in their time of need.  Sympathy abounds for the thousands of residents impacted.

It is true that tens, if not hundreds, of millions of dollars are needed to repair and replace the Capital City’s failing infrastructure, funds that are not immediately available from any source.  The fact remains that the City of Jackson’s problems are the City of Jackson’s problems, and the state via the Legislature should not do anymore for it, outside the Capitol complex area, than it would do for any other municipality in Mississippi.

The Mississippi Legislature has passed occupational licensing reform aimed at providing for recognition of out-of-state licenses, helping get people to work faster when they move into the state. The bill, HB 1263, was authored by Rep. Currie. It is now headed back to the House for further work.

Russ Latino with Empower Mississippi joined Y’all Politics on Thursday to talk about why this change is important for families and the state as a whole.

U.S. Senators Roger Wicker, R-Miss., and Cindy Hyde-Smith, R-Miss., this week joined their colleagues in introducing the Child Welfare Provider Inclusion Act to protect child welfare providers from being discriminated against for acting in accordance with their deeply held religious beliefs.

“Faith-based adoption and foster care providers do incredible work finding loving homes for our nation’s orphans,” Wicker said. “It is deeply disturbing that certain states are seeking to drive these providers out of the marketplace because of their religious and moral beliefs, leaving children to pay the price. This legislation would protect federally-funded child welfare providers from discrimination based on their beliefs, allowing them to continue serving children in need.”

“Our nation is entering into a precarious time when religious liberties can be so easily trampled,” Hyde-Smith said.

H.R.8, the gun background check bill is long overdue and critical to gun violence prevention. This bill would extends the requirement of a background check for every gun sale or transfer with few well defined exceptions. #GunControl

The GRIP Act would clarify existing law that prohibits the use of any federal funding by states or local entities to store or list sensitive, personal information related to the legal ownership or possession of firearms.  The legislation is in response to states that in recent years enacted statutes requiring gun owners to register their handguns.

The legislation would support American shipbuilding by requiring a portion of liquefied natural gas (LNG) and crude oil exports to be transported on U.S.-built, U.S.-crewed vessels.

The swearing in ceremony happened in Gulfport at Jones Park, and Mueller was sworn in as the Circuit Court Judge for the 2nd District.

Mueller is Biloxi native, who graduated from the University of Mississippi School of Law in 2000. She was a partner in the Brunini Attorney at Law group before this appointment, representing companies across the Southeast in complex commercial, product liability and mass tort litigation. 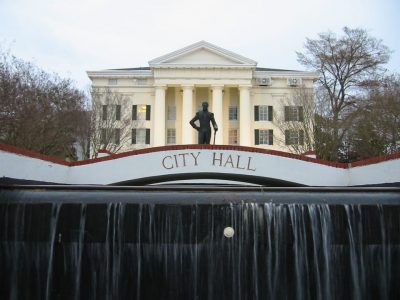 CORDER: Let’s play “what if” on Jackson’s water crisis