Speaker of the House Philip Gunn sent a letter to Governor Tate Reeves on Monday. This came after last week’s move by the Legislature to pass a bill that would allow them authority to spend the $1.25 billion in federal COVID-19 funding.  It was a seven-page letter sent to Reeves which was also copied to House members.

The letter points out what Gunn said are “completely incorrect and/or misleading” pieces of information Reeves has presented to the public. He also accused the Governor of attacking House members and the Legislative process. The letter goes on to list several reasons why the Legislature believes this authority does not fall under the Governor.

When asked for his response to the letter in Monday’s press conference, Reeves said,”I haven’t read any letter from the Speaker or otherwise.” He added he has been working to organize COVID-19 relief efforts.

The letter comes after a continued squabble between Reeves and the Legislature over who has the authority to appropriate CARES Act funds. Both parties have taken to the press to present their reasoning for why they should be held responsible for the job.

Lt. Governor Delbert Hosemann and Speaker Gunn have been united in their agreement that because of the specific dollars being referenced the authority to decide how they are appropriated lies with the Legislature.

Gunn said the efforts to take control of this appropriation is not about politics but preserving the people’s voice in government. He added that these CARES Act dollars will go to new relief programs. He said the appropriation of money for new programs is not covered under the code sections in state law that give the Governor authority in an emergency.

In the same press conference both Hosemann and Gunn said that this act was not a personal attack on Reeves. They both said they look forward to working with him on this as well as many other measures in the future. Many members echoed the same sentiments during debates on the floor over SB 2772.

Governor Reeves has insisted that this is a political ploy by the Legislature and even an attempt at “revenge” upon him by lawmakers who might have felt slighted by him in the past. In Monday’s press conference he said that it was not the time for these actions.

He also said it is common practice across the U.S. for a governor to appropriate federal funds during a time of emergency and that the Legislative process is intended to be slow and thorough, which could be harmful for Mississippians during this time and with these dollars.

The Legislature is not set to come back to work until May 18.

On Friday, lawmakers passed SB 2772, the bill which would allow them to appropriate the funds nearly unanimously. The House passed the bill 112 to 0 and the Senate only had two no votes and two present votes.

As of now the Governor could veto the bill, which would send it back to the Legislature. If they chose to vote to o override the veto, they would need a 2/3 majority vote for it to pass.

You can read the full letter here:

Speaker Letter to Gov. Reeves by yallpolitics on Scribd 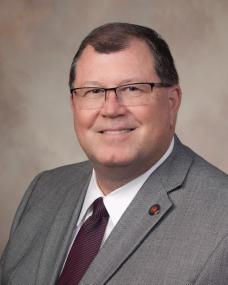