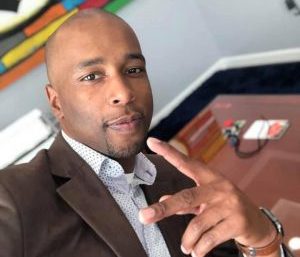 On Tuesday, the City of Moss Point attempted to hold a meeting with their Board of Aldermen on Zoom.  Hackers “Zoom bombed” the meeting with racial and gender slurs, as well as with drawings of phallic symbols.

In a Facebook video following the hacking, Moss Point Mayor Mario King spent nearly an hour bowing up to the hackers on camera, expressing his anger and rallying his viewers, all while claiming that the reason the meeting was hacked was due to his questioning of how Governor Tate Reeves has handled the state’s response to the coronavirus pandemic.

“The City of Moss Point’s Mayor Mario King plea to the Governor and passion for his community that is predominantly African American leads to Zoom Bombing (HACKED) during board meeting,” King captioned his Facebook video.  “This is what happens when a young black man speak up for his community. This is truth to power and my message to you fools who hind behind keyboards. Remember it’s confederate Heritage month…smh”

Talking to those who hacked the meeting, King says, “I’ve said your Governor is not doing anything and I mean every single word of it.”

The mayor says systemic racism is why his community isn’t being treated fairly and is being forced to compete with larger cities, like Dallas or New Orleans, for aid and assistance.

King said he’s “calling everybody out,” mentioning push back from the Mississippi Municipal League, even questioning the composition of their board of directors.  He says only 3 members – “1% of African Americans” – of their 30 member board are black.

On Reeves, he says of the Governor, “His response to blame all his petty partisan politics on mayors and you’ve seen him in his lies, you’ve seen him poked at is a whole bunch of malarkey… We got all these people out there talking about being teacher’s pets, and I say to teacher’s pets to they Republican prize which is in the White House, I am so over it.”

“I don’t bow down to people, and that’s probably why I’m in a situation where we got Zoom bombed,” King says. “But because I have the same opinion as many, let me say this, there’s two black mayors that had this opinion. I’m the one that spoke, I spoke out more just boldly and said the actions of a white man were foolish and I believe that to this day.”

King repeatedly says he’s not racist but says he experiences it daily.

“Every time in Mississippi we walk outside the door I have to deal with racism… I need us black people to step up and do a better job at supporting one another,” the mayor says.

“Let me say something to all the white people out there. This ain’t going to make me treat y’all no different. I know there’s some good ones out there,” adding he does not blame all white people for what the hackers did.

King says he “doesn’t give a shit about being a Republican or Democrat right now,” but then he advocates for expanding Medicaid, saying, “Y’all need to stop voting against your own interest because everybody in Mississippi poor. Even if you got money you poor because you live down the street from somebody poor.”

Mario King continues his rant following the hacking of the city meeting, saying, “I grew up in this community, in this shitty ass, stupid state of people that just don’t have no respect for me,” adding, “There’s some horrible people in Mississippi.”

“We know that the Klan is here, we know that they’re around,” King says, noting an experience he had years ago in school where a man allegedly had a noose in his vehicle in plain view.

Shifting back to the pandemic, the mayor points to the most unhealthy states, of which the Magnolia State is one statistically, and he names Mississippi’s neighboring states, saying “We are red states…There seems to be some type of underpinning matter here that we must address… and that is we’re all red states but we’re all making the same dumb decisions.”

He concludes his rant by urging everyone listening to vote including convicted felons.

“We gotta expect this when y’all don’t get y’all butts out there and vote. You gotta vote. You got to vote,” King says.  “If you a felon and your crime is past seven years, you need to be restoring your voting rights.  Call me, I’ll help you.  We got to get some people out to vote. This time more than ever, more than ever I need y’all. This public service announcement, register to vote, get involved because they about to pull a fast one on us…”