For over a decade, Democratic Attorney General Jim Hood has interjected himself into the Public Service Commission’s duties by what can now only be described as a “fishing expedition” against Entergy.

Now, as Hood heads back home to Houston, Hinds County Chancellor J. Dewayne Thomas has dismissed one of the highest profile cases, granting summary judgement in favor of Entergy, ending the saga.

Hood spent over a decade attacking Entergy and alleging that they were essentially self-dealing and fraudulent in how they purchased energy for rate-payers, a fruitless venture that is costing rate-payers after Entergy was forced to defend themselves.

The Mississippi PSC, the state regulatory body for Entergy, and the Federal Energy Regulatory Commission (FERC) have consistently stated that Entergy’s policies were in the best interest of ratepayers.

During the life of the case, Entergy has passed all regulatory audits governing energy purchases.

The case dates back to 2008 when Hood went to court with taxpayers’ money demanding the company produce 30 years of information in an attempt to prove that Entergy “tricked” the Public Service Commission into approving rates for 10 years based on misleading and incorrect information.  Hood said just that in a March 2018 op-ed.

Hood’s office entered into a contract with attorneys Vince Kilborn and David McDonald of the law firm Kilborn, Roebuck and McDonald of Mobile, Alabama, to handle the case. Kilborn and Roebuck were appointed as Special Assistant Attorneys General.

In a July 2009 release, Hood said his office “was forced to file a lawsuit against Entergy in December on behalf of the State, charging the company with fraud, unjust enrichment, anti-trust violations and other illegal conduct.”  He also solicited assistance from Obama administration officials to try and put massive civil penalty pressure on Entergy to settle the case.

Back in April 2019, Judge Carlton Reeves remanded the case back to state Chancery Court in Hinds County.

Entergy provided a letter along with 39 years of audits to Legislative leaders during that session, stating:

The fate of the case would now presumably be in the hands of Republican Attorney General-elect Lynn Fitch.

She could either appeal the Judge’s December 30, 2019 ruling or simply let the lawsuit end. 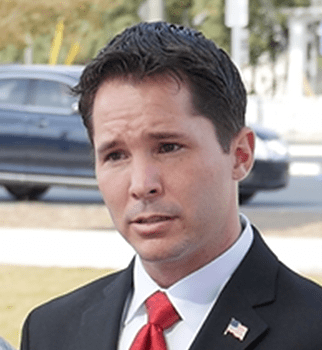