Thank you to everybody who joined us today at our Victory Kickoff! We have a strong slate of conservatives, and we’re ready to win big in November! #LeadRight pic.twitter.com/exmj2JioZs

Once again Tate Reeves has his head buried in the sand. As governor, I will not rest until we provide mental health services that meet the needs of everyone who continues to suffer. To do less for the people who need it most is a travesty. #MSgov https://t.co/SUoRrm2bh2

My first act as your Commissioner of Agriculture and Commerce will be to call upon the Legislature to eliminate the 7% sales tax on all Mississippi-produced food. #LocalFood pic.twitter.com/4s7zcKkQP5

WTOK – 4-person race for Mississippi legislative seat down to 2

The changes are in Senate District 22, which stretches from poor parts of the rural Delta into mostly affluent suburbs outside Jackson.

Instead of four candidates, there will be two on the Nov. 5 general election ballot. Those remaining are Democrat Joseph Thomas and Republican Hayes Dent.

State election officials said Monday that Calvin J. Stewart withdrew. They said another independent candidate, Terrence V. Edison, Jr., failed to verify he had lived in the district the full two years before the general election.

I am working to ensure that our economy keeps on growing and that everyone who is able to contribute to our country’s economic progress does so. #WickerReport https://t.co/5AC89H8taf

The HHPD funds will assist with planning and other pre-construction activities toward repair, removal, or structural/nonstructural rehabilitation of eligible high hazard potential dams.

A former justice court clerk in Wayne County has been arrested by the state auditor’s office on an indictment for embezzlement.

Christy James was indicted on the charge by a Wayne County grand jury.
A demand letter worth $51,531.80 was delivered to James at the time of her arrest. The demand amount includes investigative costs and all accrued interest.

State Auditor Shad White says James is accused of embezzling cash and money orders meant to pay fines levied by the Wayne County Justice Court. James is purported to have voided transactions in the court’s accounting software to conceal her crime. Investigators allege James stole nearly $40,000 from October 2017 to September 2018.

Vickie McNeill agreed to resign from the Canton Board of Aldermen and to never seek public office again in exchange for prosecutors dropping charges against her, according to court documents filed Monday in Madison County Circuit Court…

…McNeill and several others were charged in connection with the 2017 city election. McNeil, who at one time was the Canton police chief, faced four counts of voter fraud.

The president of Diamondhead’s Property Owners Association on Monday filed a simple assault charge against the city’s mayor, Tommy Schafer. It comes almost a week after a confrontation between the two following an official city/POA meeting known as the Community Collaborative. That meeting happened September 4 at the Diamondhead County Club.

Since then, rumors of a physical altercation have been swirling on social media and around Diamondhead. Monday, the rumors were verified when POA President Bob Marthouse filed the assault complaint in Municipal Court. The criminal affidavit alleges that Schafer pushed Marthouse, “knocking him down causing him to fall over chairs landing on the ground back first.”

Mayor Schafer’s attorney, Tim Holleman said, “We have not even seen the charge, but there’s no substance to it.” 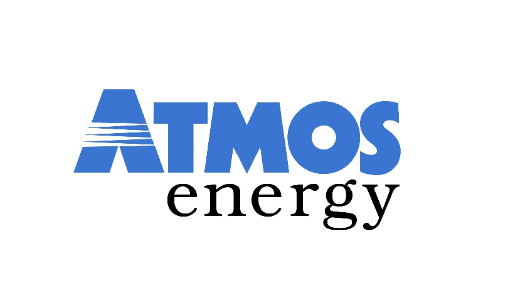 Atmos Energy Donates $3,000 to the American Red Cross in Support of Safety