Encouraging public health: cigarette smokers could soon be paying more for a pack of smokes

There are a few bills before lawmakers this session that would raise the cigarette tax with hopes of encouraging better public health.

Authored by Senator Brice Wiggins is SB 270, which is a cigarette tax increase aimed to help the Medicaid program deficit since annual health care expenditures in Mississippi directly caused by tobacco use are $1.23 billion. The money collected from this tax would go straight to Medicaid.

SB 2230 authored by Sen. Willie Simmons would increase the tax on cigarettes by just over $.10 per cigarette.

Lastly, Sen. Jeff Smith submitted HB 906 that would increase the cigarette tax on those made by non-settling manufacturers to $.3 per cigarette as of July 1, 2018.

Right now, cigarettes sold in the state of Mississippi is $.68 per pack, which is 39th among all states including DC. The projected annual revenue from increasing the cigarette ta by $1.50 a pack would be $166.81 million.

According to the Cancer Action Network, projected public health benefits for Mississippi from a cigarette tax of at least $1.50 would include:

An estimated 5,400 deaths are caused by smoking in Mississippi each year and even 15.2% of high school students smoke. 1,800 kinds under 18 becoming new smokers each year. 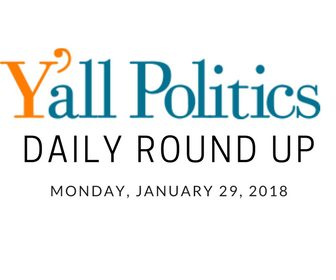