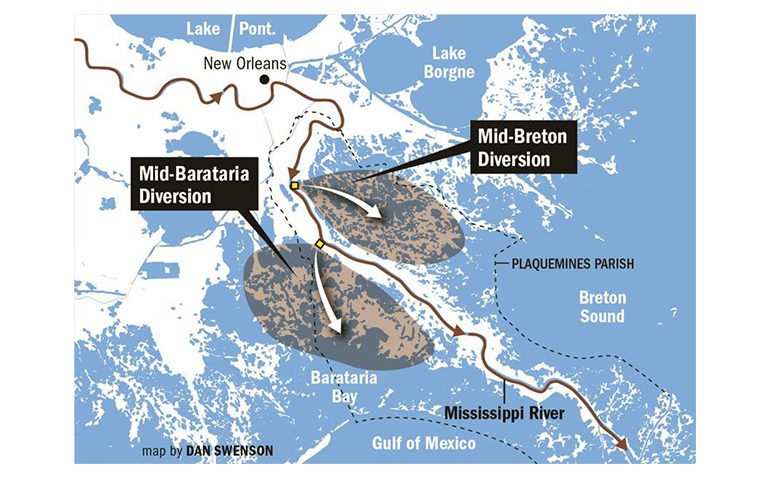 If you’ve driven south on I-55 to I-10 to get to New Orleans, you’ve driven over the Bonnet Carré Spillway.  It’s a brief stretch of I-10 with railroad tracks on the right and Lake Ponchartrain on the left.  Further to the right are levees holding back the Mississippi River.

The Bonnet Carré Spillway was built in 1931 as a way to release high water into the Mississippi River that threatens flooding in New Orleans or elsewhere.  It is now at the center of lawsuits and the BP Oil Spill money.

There is a proposed $800 million Mid-Breton Diversion Project that is a gated structure on the east bank of the Mississippi River designed to divert Mississippi River water into the Breton Sound, where marsh has largely disappeared.  There is a similar project, Mid-Barataria Diversion Project, that is designed to redirect river water from the west bank into Barataria Bay.

Both are keystone projects for the coastal restoration plan in Louisiana that will be funded by the settlement from the 2010 BP oil spill.

The problem for Mississippi is that the Breton Sound empties into the Mississippi Sound, which has been hit hard when the U.S. Army Corps of Engineers opens the Bonnet Carré Spillway, which redirects Mississippi River floodwaters into Lake Pontchartrain.

The draft Environmental Impact Statement (EIS) from the U.S. Army Corps of Engineers is due on November 9, 2022, with a public comment period to follow.  The final EIS will be released December 2023 with a decision to be made in February 2024.

The Mid-Breton Sediment Diversion’s maximum capacity will be 75,000 cubic feet per second when the Mississippi River reaches a flow rate of 1 million CFS.  At peak flow, the Mid-Breton project will divert 7.5 percent of the total flow of the river and is supposed to create 15,831 acres of land over the next 50 years.  That’s a pittance considering that the Louisiana marshes are losing a football field of land every 100 minutes.

The salinity reduction and pollution after the 2019 opening resulted in algal blooms and devastation for Mississippi’s seafood and tourism industries.  Dolphin and sea turtle deaths, according to the National Oceanic and Atmospheric Administration, were at multi-year highs during the 2019 opening, which dumped more river water into the Pontchartrain and ultimately the Mississippi Sound than ever before.

The EIS for the Mid-Barataria Sediment Diversion Project — which predicts “major and adverse effects” on shrimp and oyster fisheries and the dolphin population in Barataria Bay — represents more evidence that the sediment diversion project would be a disaster for the Mississippi Sound.

Several of the cities and counties along the coast along with tourism and fisheries groups filed a lawsuit that demanded the Corps of Engineers and the Mississippi River Commission conduct an Environmental Impact Study on the damage to the Mississippi Sound ecosystem due to the 2019 opening of the Bonnet Carré Spillway.

A federal judge threw out that part of the lawsuit, but the rest of it still remains active.

Since the spillway was built, it has been opened 15 times to divert floodwaters from the Mississippi River to Lake Pontchartrain and ultimately the Mississippi Sound via Lake Borgne.  Seven of those openings have been after 2008.

The sediment diversion projects also might be for naught since the sediment that is intended to reinforce sinking and disappearing marshes might not be getting past Baton Rouge.

A 2018 study by LSU hydrology professor Yi-Jun Xu found that silt was building up behind the Old River Control Structure (40 miles north of Baton Rouge), which meant more flooding for the Mississippi batture above the structure and less sediment making it to the Louisiana marshes.

Louisiana Lt. Gov. Billy Nungesser told the joint committee that his solution of dredging sediment to build ridges to protect the marshes and then planted with vegetation to anchor them against storm surge would be a more viable plan, but “wouldn’t make anybody rich.”

The Hippocratic oath says do no harm, but there is little sense in spending BP oil spill settlement money that even the proponents admit won’t build much land and could have serious consequences for the Mississippi Gulf Coast’s economy and ecosystem, not to mention the fisheries industries of both states.

Dredging and building ridges in the marsh is a much more cost-effective means to protect the vital marshes, which act as nurseries for the Gulf of Mexico’s abundant seafood industry and protect Louisiana from storm surge flooding. 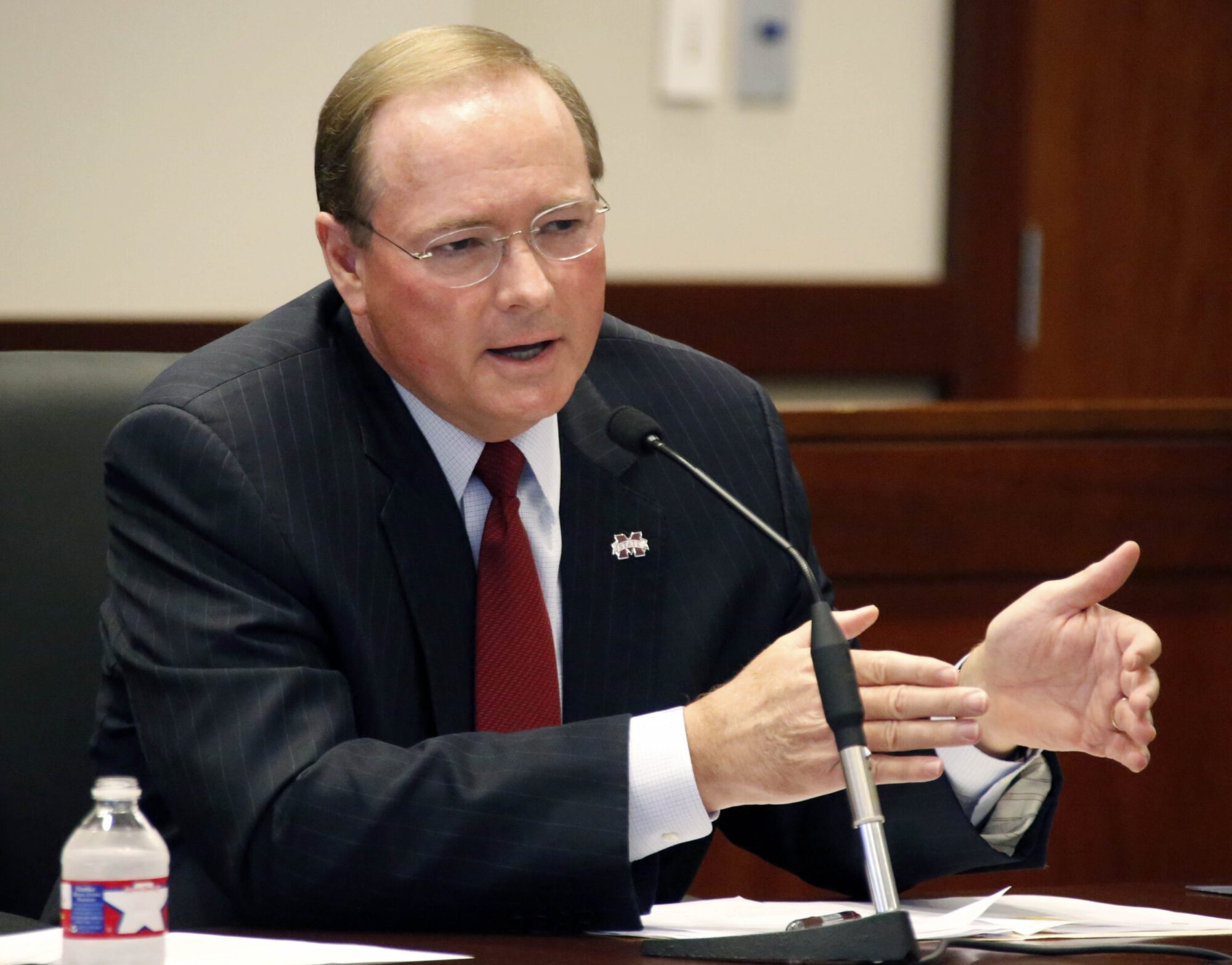 KEENUM: Need and merit-based financial assistance for Mississippi students is essential for our state’s future