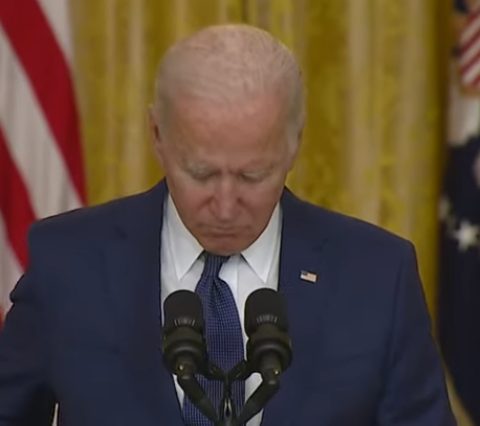 Rasmussen Poll says 52% want Biden to resign, 60% say he should be impeached.

Members of Congress as well as the U.S. Senate representing Mississippi are calling for President Joe Biden to continue evacuation efforts in Kabul past the arbitrary August 31 deadline and for the President to take responsibility for what they are calling a failure in the pull out of Afghanistan.

Congressman Michael Guest (R-MS 3) joined a bipartisan group of 35 U.S. House members in a letter to the President requesting he continue evacuations. This came after the initial push by Republicans in the House to extend the August 31 withdrawal deadline.

Military leaders have stated that “hundreds” of Americans remain in the country along with thousands of allies now left to the whims of the Taliban.

You can read the full letter from the Congressmen below or by clicking here.

Senator Roger Wicker (R) commented on how evacuation efforts have gone as the President declared an end to the war and the evacuation on Tuesday.

“Over the past two weeks, our U.S. military service members have made the most out of an awful situation by overseeing a massive evacuation of American citizens and Afghan allies from Kabul. Their heroic efforts have saved thousands of people from certain death at the hands of the Taliban,” said Wicker. “I pray especially for the families and loved ones of the 13 American service members who lost their lives in this effort.”

Wicker said that as U.S. troops leave the country, it is clear that there are still thousands of people who have not made it out of Afghanistan.

“The U.S. must continue working until every last American and U.S. ally is removed from harm,” Senator Wicker added. “I will continue to hold President Biden accountable for this clumsy and chaotic withdrawal from Afghanistan. His betrayal of our Afghan allies will go down as one of the worst foreign policy blunders in American history.”

Congressman Steven Palazzo (R-MS 4) released the following statement after the House of Representatives Republican Military Veterans press conference in D.C. regarding the situation in Afghanistan.

“President Biden turned his back on Americans and allies in Afghanistan, and his decision is costing lives. Thirteen service members were killed on the mission to save Americans and allies from the dangers of the Taliban. These heroes lost their lives because of weak leadership, and it is our duty as legislators to ensure their sacrifice was not in vain.

“This week, Democrats blocked a vote on a bipartisan bill that would facilitate efforts to bring Americans home. This political stunt is putting lives at risk when too many have already been lost. House Republican Military Veterans came together to advocate for this bill to save lives and ensure accountability for the actions of the White House.

“President Biden failed to protect Americans, and we cannot let this failure of leadership continue. Though Hurricane Ida prevented me from standing beside my colleagues, I pledge to continue working to ensure all Americans are brought home safely, and the leadership that left them there is held accountable.”

Senator Cindy Hyde-Smith (R) questioned whether or not President Biden could call the withdrawal from Afghanistan a “success.” She said the President declared he has achieved his goals in Afghanistan, but at what cost, she asked.

“Arbitrary deadlines (9/11 then 8/31) cost American lives and weakened the US globally. Difficult to call this successful,” Hyde-Smith tweeted.

.@POTUS declares he has achieved his goals in #Afghanistan, but at what cost. Arbitrary deadlines (9/11 then 8/31) cost American lives and weakened the US globally. Difficult to call this successful.

Earlier in the week, Congressman Trent Kelly (R-MS 1) tweeted his disdain for the operation and his condolences for the loss of the 13 lives. He called the Afghanistan exit a “chaotic withdrawal that has allowed our enemies to take advantage of the situation, which placed people in harm’s way.”

“I demand action from this administration to address this crisis, which they created with a lack of leadership and silence,” Kelly tweeted.

Kelly is a Major General in the Mississippi Army National Guard.

My full statement on the terrorist attacks in Afghanistan. pic.twitter.com/evqOIlcE7l

Congressman Bennie Thompson (D-MS 2), chairman of the House Homeland Security Committee, has been mostly silent regarding the conflict in Afghanistan and the Biden Administration’s tactics to withdraw, other than to post this comment supporting the President:

“My prayers are with the families of the soldiers who lost their lives. I am in full agreement with POTUS  as we move forward through this crisis.”

American voters appear to also be disappointed with the withdrawal from Afghanistan led by President Biden. A national Rasmussen Poll released today shows that 52% of Americans are calling for Biden’s resignation over the situation, while 60% believe he should be impeached.

52% of Voters Think Biden Should Resign Over Afghanistan Withdrawal https://t.co/GrmfAGBx9t 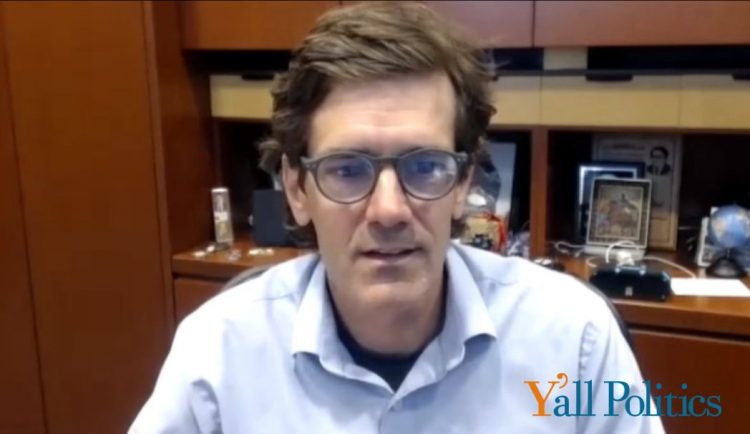 Dr. Dobbs joins Y’all Politics for an expanded discussion on impact of COVID in Mississippi 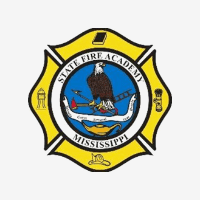