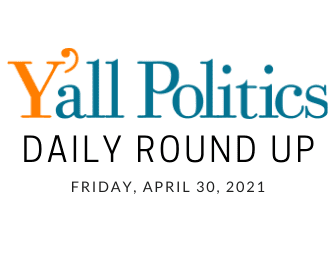 President Joe Biden delivered his first address to a joint session of Congress on Wednesday evening, highlighting what he believes to be successes from his Administration’s first 100 days in office and outlining his legislative agenda for the months ahead.

Mississippi’s federal delegation was quick to respond, with the state’s Republicans taking issue with much of what the President put forward while the lone Democrat representing the Magnolia State in D.C. seemed pleased with his party’s occupant of the White House.

The Court has yet to make their ruling as to whether or not the medical marijuana program could be shut down, but some in support of Initiative 65 have already indicated that they will challenge previous ballot initiatives certified in the same way.

Marcy Croft of the Mississippi Cannabis Trade Association told Paul Gallo on the SuperTalk morning show that if the state Supreme Court invalidates Initiative 65 she will personally file an action challenging Voter ID. Croft said she will not be doing so as a representative of MCTA, but as an individual.

However, she is hopeful it won’t come to that.

Hosemann and the Mississippi Senate have led the effort to webcast committee meetings, in addition to floor debate, to increase transparency in the legislative process.  After the first emergency order related to the pandemic was issued in March 2020, the Senate began webcasting its meetings in Room 216, the former courtroom of the Mississippi Supreme Court.  In January, the Senate added Room 409, the next largest Senate committee room to its webcasted spaces.

Room 210 on the Senate side of the Capitol is currently being equipped with webcasting technology, and will be ready to broadcast by the 2022 Legislative Session.

Almost 158,823 views generated in the past year were from people located in Mississippi, according to analytics from YouTube, with the next highest amount at 17,500 from Georgia. Viewers were from all 50 states.  During the 2021 Legislative Session, 77 percent of those watching were under 54 years of age.  About 22 percent of viewers were under 34 years of age.

Mississippi Veterans Affairs Executive Director Stacey Pickering joined Y’all Politics to talk about the progress being made on the new VA Home on the Gulf Coast at Tradition. He also provided an update on how the state’s veterans are doing as COVID-19 protocols have been relaxed, allowing families to reunite and visit.

Pickering said 30% of Mississippi’s veterans live in the state’s lower three counties of Hancock, Harrison and Jackson. The closest VA nursing facility is nearly two hours north in Collins, making it difficult on families to access the care and services those veterans deserve.

Senator Cindy Hyde-Smith sat down with Y’all Politics to discuss her reaction to President Joe Biden’s speech on Wednesday night in which he talked about his American Jobs Plan, free community college for two years and free preschool for two years.

Hyde-Smith expressed her concerns as to whether or not that was an actual financial reality for the country at this time. She also touched on Republican Senator Tim Scott’s response to the President’s remarks.

Mississippi’s 4th District Congressmen Steven Palazzo joined Y’all Politics Thursday afternoon to recap President Joe Biden’s address to Congress. He spoke to the Democrats’ efforts to “weaken America,” as he sees it, through policies that will have lasting negative generational impacts.

“Telehealth is enabling more people to receive the care they need, leading to improved outcomes and lower costs,” Wickersaid. “This bipartisan legislation would build on the success of telehealth in states like Mississippi to eliminate existing barriers and expand access to lifesaving care for more Americans.”

A partnership with the State Auditor has helped the Starkville Oktibbeha School District (SOSD) identify ways it could spend more money inside its classrooms. A report released by the State Auditor’s office today shows the school district could save up to $5.3 million by eliminating ineffective annual spending.

“The Starkville Oktibbeha School District expressed interest in improving their spending and operations,” said Auditor White, “and I was excited to partner with them to tackle ineffective education spending in Oktibbeha County.”

The Mississippi Office of the State Auditor also partnered with the advanced data analytics firm GlimpseK12 for this performance audit.

Beginning on Friday evening, all casinos in Mississippi will no longer be required to implement restrictions due to the COVID-19 pandemic, including masks and social distancing.

The Mississippi Gaming Industry released a letter Thursday saying all requirements related to COVID-19 that were previously mandated on March 4 will be canceled on April 30. The ordinance goes into effect at 5 p.m. statewide.

Casinos are still required to abide by state and local rules for ordinances pertaining to COVID-19.

Several area cities say things are looking up when it comes to local businesses. In Ridgeland they’ve seen a five percent growth in sales tax collections in the first seven months of the fiscal year…