Senator Wicker tells NBC’s ‘Meet the Press’ that Biden’s proposal is not an infrastructure bill, but rather a huge tax increase 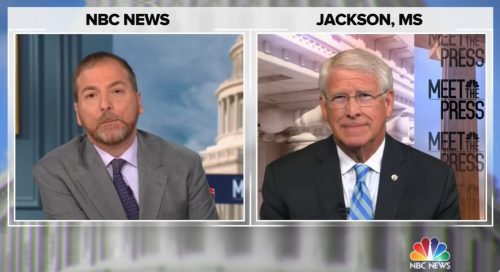 Mississippi Senator Roger Wicker appeared on NBC’s ‘Meet the Press’ on Sunday to discuss the Biden Administration’s infrastructure proposal. Wicker is the top Republican on the Senate Commerce, Science and Transportation Committee, one of the key committees that is focused almost solely on infrastructure in this country.

Host Chuck Todd asked Senator Wicker how badly does the country and Mississippi in particular need a massive infrastructure investment.

Wicker said an infrastructure bill was needed, adding that he thought he could work with Transportation Secretary Pete Buttigieg.

“I spoke to him the day he was nominated. We’ve been trading phone messages for the last three or four days in an effort to talk about this bill. I think Pete and I could come up with an infrastructure bill,” Wicker said.

But Wicker says what President Biden proposed is not the infrastructure plan America needs.

“What the President proposed this week is not an infrastructure bill. It’s a huge tax increase, for one thing. And it’s a tax increase on small businesses, on job creators in the United States of America,” Senator Wicker told Todd. “And, Chuck, you made a statement that I just have to wonder about. You said, ‘It seems the administration is more eager to have bipartisanship than members of Congress are.’ How could the President expect to have bipartisanship when his proposal is a repeal of one of our signature issues in 2017, where we cut the tax rate and made the United States finally more competitive when it comes to the way we treat job creators? He reverses all that.”

Wicker was speaking of what is known as the Trump Tax Cuts, adding that under this Biden “tax increase bill” many people making $100,000 and less are going to lose their jobs because of the extra burden this plan would put on job creators.

Todd pushed back on Wicker, saying the Trump Tax Cuts did not do what was promised. Todd said corporations took the savings and did stock buybacks instead of investing into more job producing activities. Todd asked Wicker if the tax cuts were an economic failure.

“No, it wasn’t at all. And until the pandemic hit in March of 2020, the tax cuts were working just as we expected them to,” Wicker responded. “Unemployment was down, job creation among African Americans was up. Job creation among veterans was up. Among women in the workforce, there was more participation. The fact that we had lowered the tax burden on job creators, particularly small business, which is the job — the great job engine in the United States of America, was working fine.”

Wicker went on to say that raising the corporate tax rate from 21 percent to 28 percent would result in cutting job creation across the nation. He said the tax cut plan works and it was proven.

“If the president wants a bipartisan plan, how could he possibly try to get something passed that repeals a bill that every single Republican in the Senate voted for in 2017?” Wicker asked, saying, “To me, I don’t see the bipartisan gesture there.”

Todd asked Wicker how he suggested paying for the needed infrastructure improvements.  Wicker discussed public-private partnerships and municipal bonds, but he added, “The worst way to pay for it is to tax job creators.”

You can watch the full interview below beginning at the 14:47 mark. 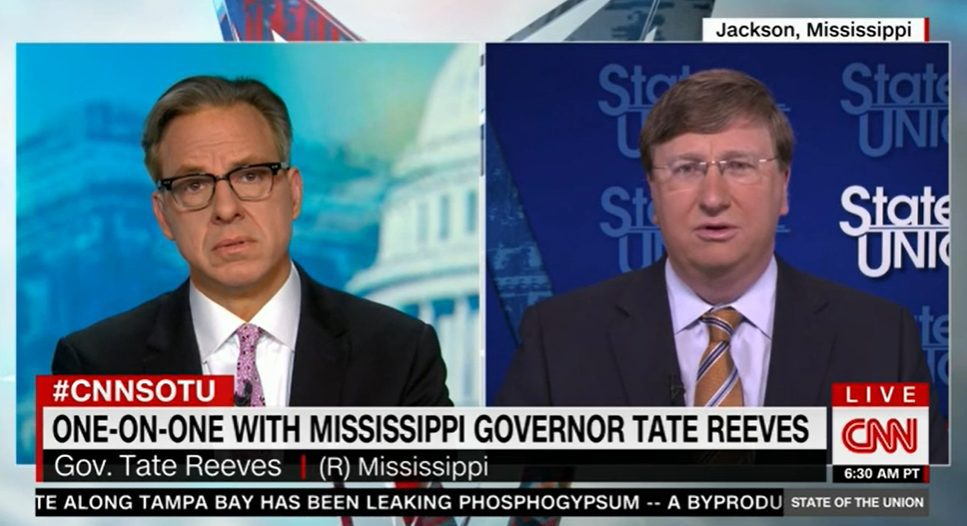 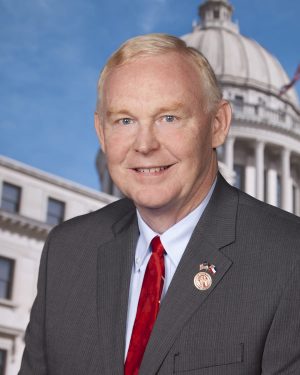