“As we’ve especially seen over the course of the last year, the National Guard and Reserves are always ready to spring into action to serve others,” said Rep. Palazzo. “When these military men and women leave to fulfill orders, many must pause their primary job. In order to make sure these service members, their families and employers remain supported, Congressman Ryan and I are introducing the RECRUIT Act to provide a tax credit to businesses who hire and retain members of the National Guard and Reserves.”

“When our National Guard and Reserve members are called to active duty service, their employers unfortunately often take on economic and productivity losses,” said Rep. Ryan. “This bill will ensure that employers who patriotically hire our National Guard and Reserve members aren’t burdened with the costs associated with lost productivity and the retraining of temporary employees are compensated in exchange for their support of our service men and women.”

Specifically, the RECRUIT Act would:

The credit amount is equal to $1,000 per eligible service member plus an additional amount based on the amount of duty days served beyond the 39 days of weekend training and annual training:

For those small businesses that were not profitable over the course of the year, the incentive may be taken as a payroll tax credit.

Members of the Guard and Reserve continue to deploy to support overseas missions while simultaneously responding to short-notice domestic requirements, resulting in increased absences from their civilian workplace. In 2020, the National Guard had over 120,000 Soldiers and Airmen on duty serving around the world, which is more than any other time since World War II. The Army Reserve mobilized over 3,000 personnel to support pandemic relief efforts, and the Air Force, Navy, and Marine Corps Reserve also contributed over 10,700 personnel to a variety of missions over the course of the past year. 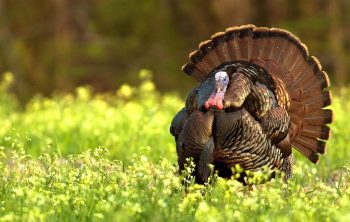