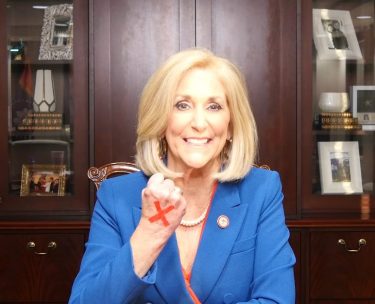 Big Tech censors are a small, unelected, and unchecked group that should not have the power to regulate public discourse. This is about your First Amendment rights, and my job as your Attorney General is to protect your right to free speech and uphold the Constitution.

I joined people from all around the world in posting on social media as part of the #EndIt campaign to raise awareness about the scourge of human trafficking taking place in our communities and around the globe. Twitter decided you could not see my video. My tweet was published for no more than thirty-seven seconds before Twitter added a disclaimer reading, “This Tweet might contain sensitive content.”

To be clear, the only thing offensive about my Office’s video is the subject matter – the $150-billion international industry of enslaving human beings in sexual exploitation and forced labor.

If my office can be censored, so can you. In fact, Mississippians are being censored by Big Tech every day. This is happening to real people – our friends, our family, our neighbors, our small business owners.

There are victims of Big Tech censorship across the State – a grandmother, a high school history teacher and beloved coach, a small business owner, and a local attorney to name a few, and these are their stories:

“If My people, which are called by My name, shall humble themselves, and pray, and seek My face, and turn from their wicked ways; then I will hear from heaven, and will forgive their sin, and will heal their land.” 2 Chronicles 7:14

That is the Bible verse a grandmother in North Mississippi posted on her Facebook, one of the many posts Facebook has disputed over the past year. While she’s never been banned from her page, Facebook continually blocks her posts, labeling them, “does not meet community standards,” “false information found in your post,” or the “content of the post is in question.”

A high school history teacher and beloved coach in the Mississippi Delta posted in August 2020, and now, six months later, Facebook not only censored his post, but Facebook also banned him from his account for thirty days.  You should not always have to be looking back to see when Big Tech will come after you.

A small business owner on the Mississippi Coast who works tirelessly for his community is struggling due to Facebook’s monopolistic stronghold on the advertising market. According to this local businessman, mom and pop shops like his can’t compete. Big Tech is killing small business – because their monopolies give them that power.

An attorney in Jackson shared a benign memory about having dinner with colleagues and friends on election night in 2016. Facebook seized her account, and without a warning, held her account hostage for four months for “violating community standards.” That’s fourteen years of photos and videos of children and grandchildren and treasured family memories that Facebook kept hidden from her.

Even SuperTalk got censored for sharing a very important post from the Governor about COVID vaccination distribution in Mississippi. Right now, we all want to know where to get our shots and how to sign up. Facebook took down a message that’s important to all Mississippians because they said it “did not meet community standards.”

Big Tech is using the power of their platforms, which are supposed to be open to everyone, to silence and erase voices that oppose their interests and protect the politicians who protect them.  It is just plain wrong.  I am fighting back against Big Tech aggressively. I have filed two multi-state lawsuits against Google and one against Facebook, and I will continue to protect and defend the people of Mississippi against Big Tech censors who try to take away your First Amendment right to free speech.

I have set up a special email inbox for Mississippians to share your stories of online censorship: censoredonline@ago.ms.gov.  The more information we collect, the stronger our case holding Big Tech accountable.  Free speech means free for everyone, and together, we will show them that we mean that.

Submitted by Lynn Fitch. She is the Attorney General for the State of Mississippi. 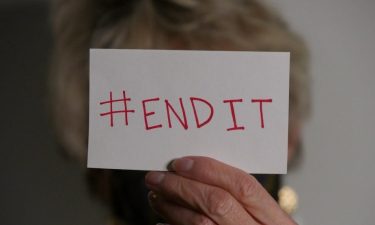