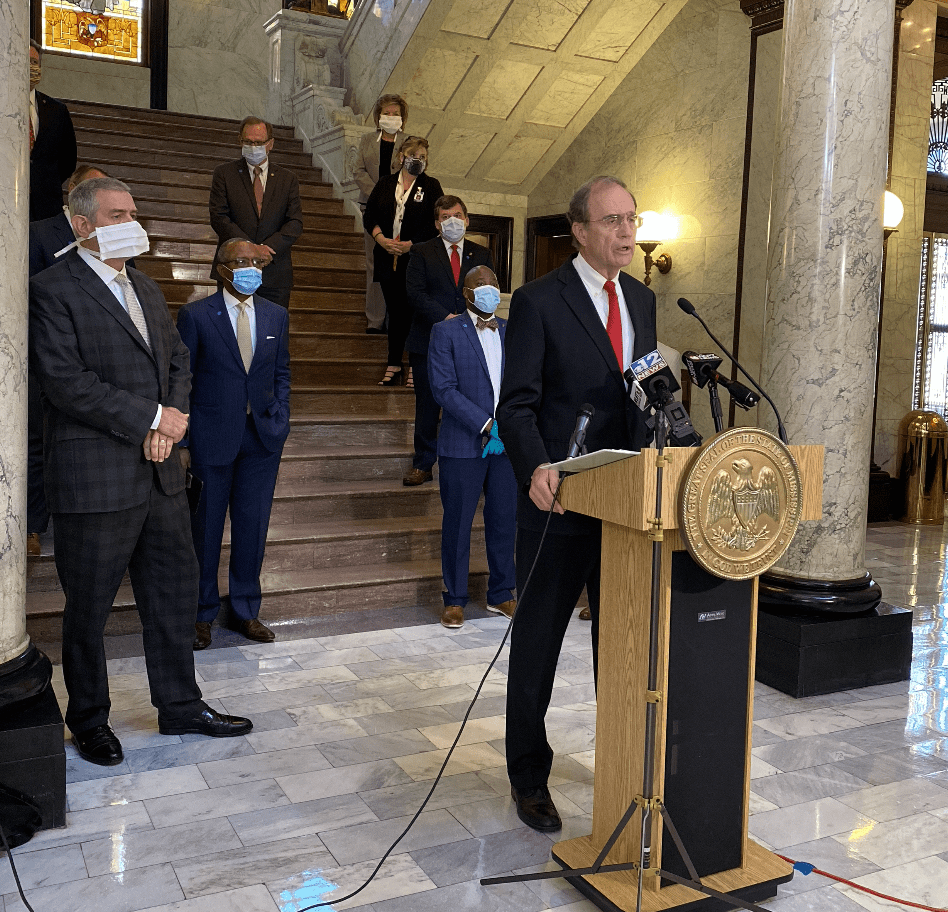 Lt. Governor Delbert Hosemann and Speaker of the House Philip Gunn spoke to the press on Friday, hours before lawmakers were set to return to the Capitol to resume session.

They addressed questions regarding the constitutional statutes of whether the authority to appropriate CARES Act federal dollars lies with Governor Tate Reeves or the Legislative body.

The Lt. Governor began the press conference by explaining what the $1.25 billion appropriated recently in the CARES Act is for, saying those dollars are intended for reimbursements of expenses incurred by individual agencies during the COVID-19 pandemic. He said these dollars are not to balance the budget. He used MEMA, UMMC, MSDH and universities as an example.

He said at this time, and over the weeks leading up to it, the House and Senate have reached out to state agencies asking them what kind of funds they need. Hosemann said as recently as last night those state agencies did not need money immediately but that they would need reimbursement.

“Since the 1890’s state appropriations have been done by the Legislature,” said Hosemann. “174 people who are responsible, transparent and elected.”

Hosemann said because of these facts they began working to ensure that the Legislature would receive these funds to then be appropriated to the state for use. During that process there was a disagreement with the Executive Branch, or Governor Reeves, on who has the authority.

During the press conference the Governor took to Twitter to voice his own concerns about the delay it would cause to have the Legislature work through appropriating the funds. He said Thursday he didn’t “give a damn who has control over the money,” but that the most important thing is that it gets where it needs to go.

This morning, the Lieutenant Governor said he believes we should change our emergency funding plan to delay using CARES Act funds for weeks or months to help people because “it’s not like we had a Katrina event here.” That’s wrong.

It misunderstands the severity of this crises for the 170,000 people who have lost their job. The small business that have vanished. The people who have died. And this kind of delay would seriously harm our efforts to keep people safe.

Hosemann said the way some of this money is appropriated will set the stage for many things in the future, including distance learning. He said this form of learning could be used to cover the gap in the future for many Mississippians and that the money should be used for every student to have the necessary technology.

He said that type of appropriation is the purview of the Legislature. Hosemann said in all of this following the constitution is gravely important.

Speaker Gunn echoed his sentiments, saying that allowing for the Governor to have authority over these funds would set a dangerous precedent.

“I think it’s important for the people of Mississippi to understand why we are resuming the Legislature here today,” said Speaker Gunn. “Governor Reeves has said it was his goal to get Coronavirus relief funds to the people without delay and that he did not want a political battle. Well, we agree. We have the same goals.”

Gunn said what they are attempting to do is not about politics, but preserving the people’s voice in government. He said that is where Legislators come in. He said they reject any notion that this is a political battle or that the Legislature is not capable of working through the appropriation process in a timely manner.

He said the CARES Act only allows for monies to go to new relief programs but argues that the code sections in state law do not give the Governor permission to appropriate money to anything but existing programs.

Gunn also pointed out prior situations in which Gov. Reeves fought for the right for the Legislature to appropriate funds. In 2006, while Reeves was serving as Chairman of the Board of the Mississippi Healthcare Trust Fund, he argued that the appropriation of money from the Tobacco settlement had to be appropriated by the Legislature before it could be spent.

He disagreed that this pandemic has similar characteristics to a hurricane or tornado because the devastation is so wide spread and long lasting. Gunn said typical emergency funds appropriated by a Governor are for short lived crises, not a long lasting pandemic like COVID-19.

Both the Speaker and Lt. Governor said that this disagreement is not a personal attack on Reeves and in reality all would likely agree on where the money was to be appropriated. They both say this action is being taken to ensure that the proper channels are used before the monies are delegated out to be spent. Both agree that there is not an immediate urgency for these reimbursements.

In New Hampshire, a Democratic majority legislature attempted to sue Republican Governor Chris Sununu for the authority to appropriate the $1.25 billion from the CARES Act. That case was lost in court with a judge siding with the Governor and dismissing it based largely on standing. The Hillsborough County Superior Court Judge David Anderson sided with Sununu saying there was a lack of standing to sue. He also told the Associated Press that even if they didn’t, “halting the recovery office’s work would be inappropriate.”

Other states like Oklahoma and New York have also left the appropriating authority up to the Governor at this time. 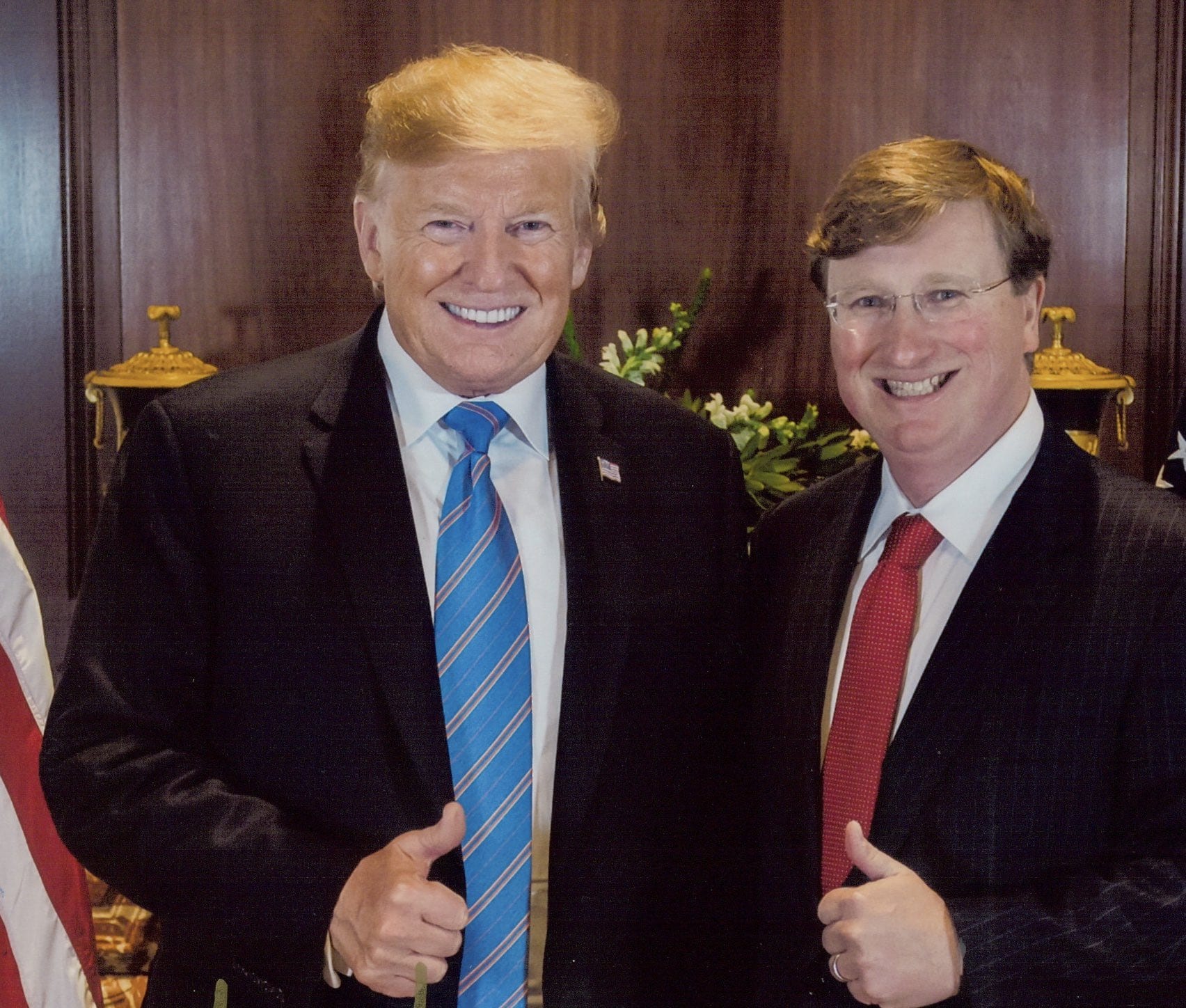