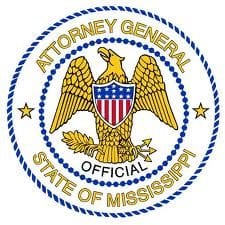 Andy Taggart, who faces current Treasurer Lynn Fitch in a runoff to be the Republican nominee for Attorney General, released what appears to be the first negative ad of his campaign and this race.

In the ad, Taggart’s campaign alleges that Fitch is a the hand picked contender for the seat by current AG Jim Hood. Hood is a Democrat and has been widely compared to liberals like Nancy Pelosi and Barack Obama by Republicans throughout this election cycle.

Taggart attempts to position himself as the ‘true conservative’ in this race and the only lifelong one.

For her part, Lynn Fitch who led in the vote totals from the August 6 primary, has not engaged her opponents directly for the entire campaign.  However, in her most recent radio ad she discusses her proven conservative record and rejects the notions of ‘liberal outsiders.’

Taggert’s ad asserts that Hood has handpicked Fitch for this position.  Hood, a Democrat who has occupied the AG’s office for four terms, has repeatedly dodged questions about the endorsements of any potential successors for the seat he will leave. That includes the Democratic AG nominee, Jennifer Riley Collins, formerly an attorney with the ACLU.

Observers largely believe that the winner of the Republican primary will be the prohibitive favorite in the November general election.

What role will trial lawyers play?

In a recent article on Legal Newsline, John O’Brien takes a look at who trial lawyers are supporting in the Mississippi AG’s race, and cites support from these groups to Lynn Fitch. The article asserts that these types of groups are usually in favor of Democratic candidates, while Fitch is a Republican.

In the most recently filed finance reports, LN outlines that Fitch’s campaign took in $170,000 in the weeks surrounding the primary. Those contributions were largely from trial lawyers who have historically not donated to Republicans.  Hood’s office has been plagued with allegations over the last decade of “pay for play” and “jackpot justice” by business groups.  During Jim Hood’s tenure, three Assistant Attorneys General (Paul Minor, Dickie Scruggs, and Tim Balducci) who were also trial lawyers went to federal prison for judicial bribery.  None faced state criminal charges.  All were close political allies to Hood.

Some of those contributors in question include Wolf Popper, Kahn Swick & Foti and lawyers at Labaton Sucharow.

However, in Lynn Fitch’s recent radio ad, she began to push back against the corrosive influence of trial lawyers, saying “I will defend our conservative values and put the state and its people ahead of individual lawyers . . .”

Taggart has garnered the support of Mark Baker, who was originally placed third in the August 6 primary. 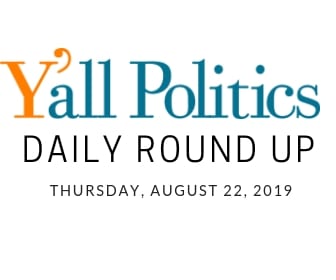