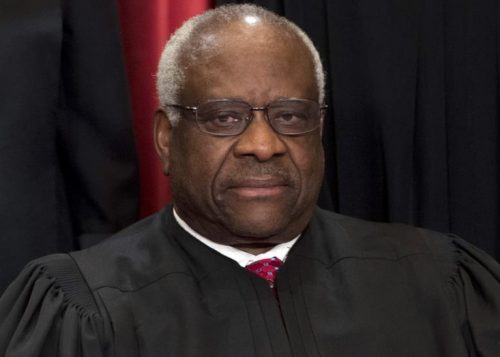 The U.S. Supreme Court decided to vacate a lower court’s ruling involving former President Donald Trump’s Twitter account. That lawsuit claimed that Trump had violated the Constitution when he blocked some followers from his Twitter account, saying he was violating their First Amendment rights.

The Supreme Court’s decision ordered that the federal appeals court dismiss the case as moot since Trump is no longer President.

In a concurrence submitted alongside the decision, conservative Justice Clarence Thomas took the opportunity to explain why a case such as this may not be the last he and his colleagues on the high court see given Big Tech’s prevalence in the public square.

You can read his full concurrence here beginning on page 9.

Below are selected excerpts from Justice Thomas’ concurrence regarding this issue:

“When a person publishes a message on the social media platform Twitter, the platform by default enables others to republish (retweet) the message or respond (reply) to it or other replies in a designated comment thread. The user who generates the original message can manually “block” others from republishing or responding.

“Donald Trump, then President of the United States, blocked several users from interacting with his Twitter account. They sued. The Second Circuit held that the comment threads were a “public forum” and that then-President Trump violated the First Amendment by using his control of the Twitter account to block the plaintiffs from accessing the comment threads. Knight First Amdt. Inst. at Columbia Univ. v. Trump, 928 F. 3d 226 (2019). But Mr. Trump, it turned out, had only limited control of the account; Twitter has permanently removed the account from the platform.

“Because of the change in Presidential administration, the Court correctly vacates the Second Circuit’s decision. See United States v. Munsingwear, Inc., 340 U. S. 36 (1950). I write separately to note that this petition highlights the principal legal difficulty that surrounds digital platforms—namely, that applying old doctrines to new digital platforms is rarely straightforward. Respondents have a point, for example, that some aspects of Mr. Trump’s account resemble a constitutionally protected public forum. But it seems rather odd to say that something is a government forum when a private company has unrestricted authority to do away with it.

“…The petitions highlight two important facts. Today’s digital platforms provide avenues for historically unprecedented amounts of speech, including speech by government actors. Also unprecedented, however, is the concentrated control of so much speech in the hands of a few private parties. We will soon have no choice but to address how our legal doctrines apply to highly concentrated, privately owned information infrastructure such as digital platforms.

“On the surface, some aspects of Mr. Trump’s Twitter account resembled a public forum. A designated public forum is “property that the State has opened for expressive activity by part or all of the public.” International Soc. for Krishna Consciousness, Inc. v. Lee, 505 U. S. 672, 678 (1992). Mr. Trump often used the account to speak in his official capacity. And, as a governmental official, he chose to make the comment threads on his account publicly accessible, allowing any Twitter user—other than those whom he blocked—to respond to his posts.

Yet, the Second Circuit’s conclusion that Mr. Trump’s Twitter account was a public forum is in tension with, among other things, our frequent description of public forums as “government-controlled spaces.” Minnesota Voters Alliance v. Mansky, 585 U. S. ___, ___ (2018) (slip op., at 7); accord, Pleasant Grove City v. Summum, 555 U. S. 460, 469 (2009) (“government property and . . . government programs”); Arkansas Ed. Television Comm’n v. Forbes, 523 U. S. 666, 677 (1998) (“government properties”). Any control Mr. Trump exercised over the account greatly paled in comparison to Twitter’s authority, dictated in its terms of service, to remove the account “at any time for any or no reason.” Twitter exercised its authority to do exactly that…

“…And unlike newspapers, digital platforms hold themselves out as organizations that focus on distributing the speech of the broader public. Federal law dictates that companies cannot “be treated as the publisher or speaker” of information that they merely distribute. 110 Stat. 137, 47 U. S. C. §230(c).

“…Much like with a communications utility, this concentration gives some digital platforms enormous control over speech…

“…The question facing the courts below involved only whether a government actor violated the First Amendment by blocking another Twitter user. That issue turns, at least to some degree, on ownership and the right to exclude.

“The Second Circuit feared that then-President Trump cut off speech by using the features that Twitter made available to him. But if the aim is to ensure that speech is not smothered, then the more glaring concern must perforce be the dominant digital platforms themselves. As Twitter made clear, the right to cut off speech lies most powerfully in the hands of private digital platforms. The extent to which that power matters for purposes of the First Amendment and the extent to which that power could lawfully be modified raise interesting and important questions. This petition, unfortunately, affords us no opportunity to confront them.” 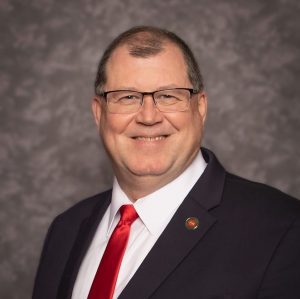 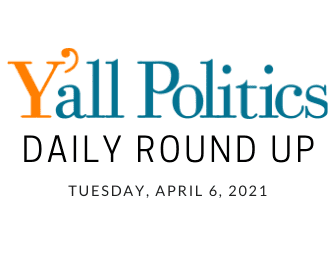