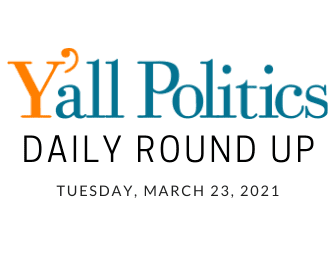 “ONE MILLION!!,” Reeves said on social media. “Thank you to the MS National Guard, MEMA, MSDH, and all our partners as Mississippi celebrates its one millionth vaccine today.”

Amidst a crisis at the Southern border that has been exacerbated by the Biden Administration’s reimplementation of the “catch and release” policy that could see 1 million illegal aliens enter the United States by summer, the American Civil Liberties Union (ACLU) of Mississippi has begun a statewide campaign to untangle the relationship between local law enforcement and federal immigration agencies.

The ACLU of Mississippi is calling the social campaign “Unalienable.”  They say their mission is to tell the stories of those affected by state law enforcement’s partnership with the U.S. Immigration and Customs Enforcement (ICE) and advocate to create “a culture and policy landscape that puts public safety and community first.”…

…What the ACLU of Mississippi misses is that this cooperation is, in fact, state law.

Today MSDH is reporting 95 more cases of COVID-19 in Mississippi, no deaths, and 37 ongoing outbreaks in long-term care facilities. The state's total of #covid19 cases is now 302,932, with 6,956 deaths. More on case details, vaccinations and prevention: https://t.co/YCv9xPyJDk pic.twitter.com/sEfoklBM1I

The Senate has declined to move forward with Speaker of the House Philip Gunn’s HB 1439 that would have phased out the state’s remaining income tax over the next 10 years.

Instead, Senate Finance Chair Sen. Josh Harkins (R) has offered a resolution that would create a State Taxation Study Committee. When the Senate effectively killed the House bill by not moving it out of committee before a deadline, Harkins said they needed more time to know whether or not the policy presented in that bill was the best option for Mississippi.

Today State Auditor Shad White announced public employees who embezzle or fraudulently obtain more than $10,000 of taxpayer money will no longer be able to participate in a pretrial diversion program. This announcement comes after Senate Bill 2552 was passed by both chambers of the Legislature and signed by the Governor.

Pretrial diversion programs have been used as a way to prevent a conviction for a crime from appearing on a person’s criminal record. When SB 2552 becomes law on July 1 this year, two of the most common crimes investigated by the State Auditor’s office will be added to the list of those crimes ineligible for pretrial diversion. This law will complement a 2019 law which prevents people convicted of embezzlement from holding public office.

Congressman Michael Guest (MS-03) was named as a “High-Performing Freshman” by the Center for Effective Lawmaking. The organization measures “legislative effectiveness” by looking at a Congressional Member’s ability to pass legislation.

“I’m honored to be recognized as an effective legislative leader for the great state of Mississippi and our nation in Congress. When I was elected, I made a promise to the people of Mississippi that I would work hard every day to make them proud. I plan to continue to keep that promise.”

The organization found that 26 out of 96 freshmen “exceeded expectations as lawmakers” in the 116th Congress. Congressman Guest is listed as number 22 on the list, with only two other Republican House Members listed higher.

ICYMI: Chairman @BennieGThompson was on @MSNBC @mitchellreports to discuss the southwest border and how we can work on real solutions in line with our American values. pic.twitter.com/U2fRsNouTS

U.S. Senators Roger Wicker, R-Miss., and Cindy Hyde-Smith, R-Miss., are among a bipartisan group of 25 Senators who sent a letter that encourages Office of Management and Budget (OMB) Acting Director Rob Fairweather to abandon plans to change the current definition of a Metropolitan Statistical Area (MSA).

The OMB has proposed doubling the minimum population requirement for a MSA from 50,000 to 100,000 residents. A loss of MSA status could negatively affect federal funding in these communities and hinder economic development opportunities. This recommendation would eliminate MSA status for more than 140 cities across the country, including Hattiesburg.

The Mississippi Governor’s Mansion will reopen to the public for guided tours.

“After a long year filled with many challenges, we are so excited to resume tours,” First Lady Elee Reeves said. “We look forward to seeing everyone who comes to visit Mississippi’s home. 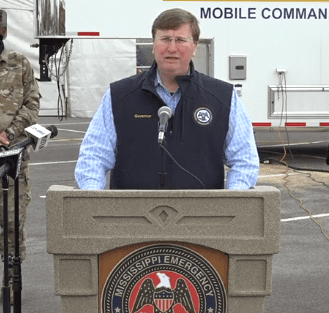 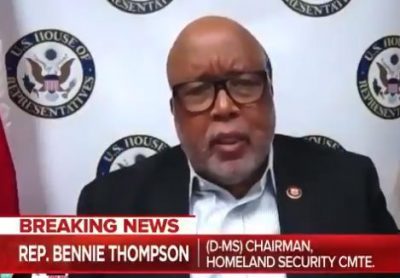