Lt. Governor Hosemann: Not one Senator has come to me to say they want to pass the House income tax bill 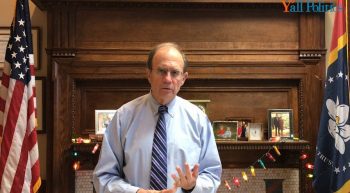 Lt. Governor Delbert Hosemann does not know if there is time for the income tax phase out bill as passed in the Mississippi House last week to make it through the process in this 2021 session.

Hosemann was the speaker at the virtual Stennis Capitol Press Forum on Monday. He spoke on various bills remaining on the table this session, from criminal justice reform to the economic development incentive MFlex, but much of the conversation centered around the income tax phase out legislation.

Generally, the Lt. Governor said he was supportive of reducing taxes and allowing Mississippians to keep more of their money.  Although, as Hosemann said, “I do have concerns about raising anybody’s taxes.”

Hosemann also has concerns over what appears to be a sudden change to the state’s tax structure, a move that would impact approximately $2.6 billion in revenue.

“This bill is exceptionally long and has several unintended consequences,” Lt. Governor Hosemann said while holding up a dog-eared copy of the 300 page bill with notes scribbled throughout. “We need to have a measured approach to this.”

Hosemann said he was received questions and heard concerns from a cross section of Mississippi’s private sector, including those in agriculture, restaurants, and non-profits, even mentioning a business who has expressed that they would not come to the state if this bill was passed into law. Retired Mississippians, too, have contacted him about how this will impact their livelihoods as they are on fixed incomes.

Because of this, Hosemann said the economic consequences should be weighed and presented to the public. “Therefore, it deserves deep scrutiny,” the Lt. Governor said.

Given the complexity of the change, Hosemann told the press forum that he has asked the state economist to model how the House passed income tax phase out will affect the state budget.  He noted that since the House did not include a fiscal note, he does plan to request that one be prepared. That fiscal note would by statute be made public and show the increase or decrease in revenue of the state, either directly or indirectly, as it relates to the legislation.

Hosemann told the press that he does not know why the teacher pay raise bill has not been adopted in the House or why it was lumped into the income tax phase out bill but he hopes representatives will pass it as sent over from the Senate.  He does not want to see it stalled over the want to pass the income tax bill.

The Lt. Governor did not directly say that the House income tax bill is dead on arrival in the Senate, but he did indicate that it faces a high hurdle in his chamber.

“I do not know if we will make it through this this year,” Hosemann said. “I have not had one Senator come to me and say they wanted to pass this bill. I don’t think the Senate will operate as Nancy Pelosi operates.”

Hosemann’s reference to Pelosi is reminiscent of her now infamous quote, “We have to pass the bill so that you can find out what is in it.”  The Lt. Governor does not believe Senators in Mississippi will blindly take up the House bill and move for its passage without thorough research, something Hosemann repeatedly said he was doing himself as well.

As for why this proposal was not better coordinated between the chambers, Hosemann said that while he and Speaker Philip Gunn enjoy a good working relationship, they have their own chambers to manage.  He said their first meeting on this House income tax phase out was last Thursday afternoon.

When asked why that was, the Lt. Governor said, “You’d have to ask the Speaker that. I’m around here.” 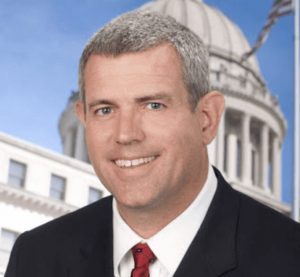 NFIB: With the Income Tax Bill, ‘The Devil’s in the Details’