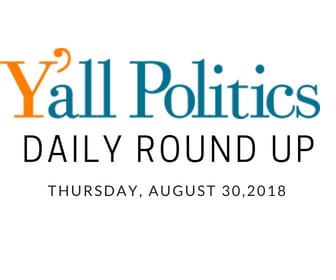 DAILY JOURNAL – Inside Gov. Phil Bryant’s efforts to save his lottery proposal

The objective of the Jackson restaurant meeting was for governor’s staff to flip some of Monday’s no votes to the yes column.

Several lawmakers described the scene to Mississippi Today, but declined to speak on the record because they did not want to draw the ire of their colleagues or the governor’s office. One at a time, representatives at the restaurant left their big table and moved to a smaller table in the restaurant to sit with Whitney Lipscomb, an attorney on Bryant’s staff and a main author of the lottery bill, who answered questions and addressed concerns they had about the bill.

A main topic of those one-on-one conversations, according to lawmakers who were approached by the governor’s staff on Monday and Tuesday, was the pot of about $100 million in BP settlement money that is expected to be set aside for specific, earmarked projects.

Representatives of the governor’s office said the subject of the meeting was the lottery bill not BP funding.

“The role of Gov. Bryant’s policy staff is to answer any questions lawmakers have about a particular issue or piece of legislation, especially one as complex and groundbreaking as Senate Bill 2001,” said Bryant spokesman Clay Chandler. “Whitney Lipscomb was fulfilling that responsibility well yesterday, as she has numerous times before.”…

…The scene at Caet provides rare insight into the mechanics of legislating in Jackson: If a bill fails, legislative procedures typically keep the bill alive for some time. As the bill hangs in the balance, lobbyists representing major international corporations and political staffers who have direct influence over the state’s purse strings can plead their cases.

Bryant’s efforts to revive the lottery bill are extraordinary given that he and fellow Republican leaders previously staunchly opposed the games.

Nonetheless, Lipscomb’s efforts succeeded, and by 1 p.m. on Tuesday, staffers inside the governor’s office were celebrating and deciding how to add the BP settlement item to the special session.

Mississippi lawmakers are sending the governor a plan to divide nearly $700 million from an oil spill settlement, with most of the money going to coastal counties.

Representatives on Wednesday passed the same bill that senators passed Tuesday night. The House vote was 99 in favor and 10 opposed.

Republican Gov. Phil Bryant asked lawmakers to consider the plan, and he is expected to sign it into law.

BP PLC is paying Mississippi $750 million through 2033 to make up for lost tax revenue from the 2010 Deepwater Horizon oil spill in the Gulf of Mexico.

Mississippi’s lower six coastal counties deserved 100% of the the state’s BP settlement funds. The Deepwater Horizon was a coastal disaster, and should’ve been handled as such.

It isn’t fake news if you originally attempted to change your vote, lied about it on camera, and then changed your story after you found out it was being investigated. Language is in there that includes you denied to change again. https://t.co/Dq8B8xaojv

Before @realDonaldTrump tweeted his endorsement, he called me and said this: ‘I want you here as our U.S. Senator from MS. You’re helping me more than anybody else is helping me—and I’m gonna help you stay here.’ I’m humbled to have our President’s support! #cindy2018 pic.twitter.com/1zbrN9igUt

McCain’s connection to Mississippi was far deeper than a presidential debate and the catfish battle with Cochran.

Admiral McCain ordered bombings of Hanoi despite knowing his son was there. The Vietnamese tried to release young McCain early as a propaganda tool, but McCain refused.

Mississippians will have an opportunity soon to learn firsthand what I already know — Judge Brett Kavanaugh is an excellent choice to serve on the U.S. Supreme Court.

When Judge Kavanaugh raises his right hand at the start of his confirmation hearing on Sept. 4, the people of Mississippi will be able to hear directly from a nominee who is eminently qualified to serve on the nation’s highest court. I believe we’ll find that he is a genuine gentleman with a keen legal mind and an unyielding devotion to the Constitution and the rule-of-law.

It was an honor to be among the senators invited to meet with President Donald Trump at the White House in early July just before Judge Kavanaugh was introduced to the nation. It was also a privilege to be among the first senators to be able to sit down and visit with him as a part of the confirmation process.

During our visit, I found him to have a genuine concern for our country, a deep devotion to his family and, most importantly, an unbending belief that a judge’s job is to study the facts and apply the law fairly without legislating from the bench. Everything I’ve learned about him since then reaffirms the fact that President Trump has again nominated an excellent jurist to serve the American people.

I’m Randy Wadkins, and I’m running for Congress to represent the 1st district of Mississippi. Watch this video to find out why. 1/5 https://t.co/GG235TUWfl 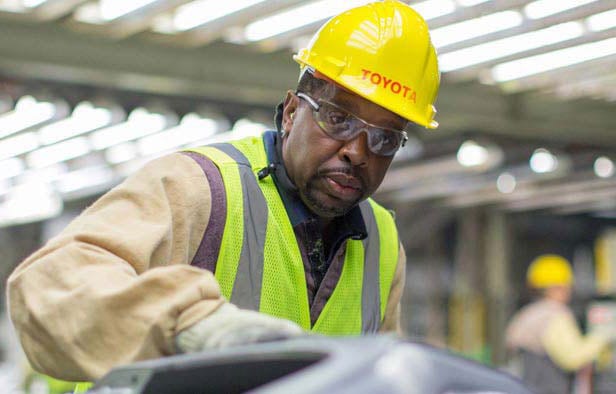 Alabama and Mississippi top list of best states for manufacturing